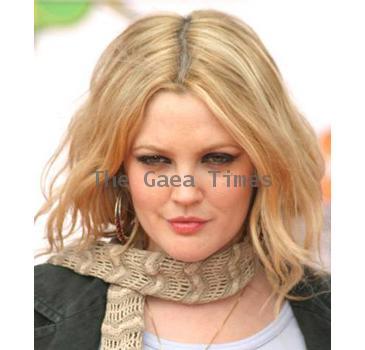 September 21, 2010 (Sampurn Wire): Hollywood actress Drew Barrymore is going to make her Bollywood debut with a movie titled The Lifestyle. An Indian production house is going to make this movie with this Charlie’s Angels star.

Santosh Kumar Jain, the producer of The Lifestyle was quoted saying that he liked Barrymore’s performance in Charlie’s Angels and decided to sign her for his film. The producer said that the script was liked by her and she agreed immediately.

Jain is debuting as a writer and director with this film. However, he has been a renowned film distributor.

The Lifestyle revolves around three women having different background, who are trying to affirm their identities. Drew will be playing a foreigner in this movie, Jain informed. He added that the two other women will be played by leading Indian actresses. Throughout the movie, the river Ganga will remain as the backdrop, Jain added.

Kunal Ganjawala has recorded a song for this Drew Barrymore starrer Hindi movie. The playback singer was quoted saying that he has sung a peppy Punjabi-cum-Hindi item number for this movie and is very happy to be a part of a project that stars Barrymore.

The movie will start rolling in this November and is likely to hit theaters in 2012. It will be shot partly in Haridwar and Benaras but the major part of shooting will done in the US. The film is expected to come with a budget of huge Rs 150 crore, as per the estimation of the producer.

Jain informed that Barrymore would certainly come to India but the date can be confirmed only after everything is finalized. The filmmaker further said that the project will have some international singers as well as big Indian names like Lata Mangeshkar, Sudesh Bhonsle and Kunal Ganjawala.

Underprivileged children enjoy a day of amusement in Chennai

CHENNAI - Over 2,000 underprivileged children enjoyed a day of entertainment including a platfo...

WASHINGTON - Pakistan's Ambassador to the United States Hussain Haqqani has said that both countr...

LONDON - Italy has been asked to pay back 720,000 euros to The European Commission used by Naples au...

Celebrating Eid-ul-Azha with prayers - and a 180 kg goat!

MUMBAI - Millions of Muslims in Mumbai and others parts of Maharashtra celebrated Eid-ul-Azha with j...

NEW DELHI - India and Africa can deepen their partnership on the basis of their deep historical ties...