Now, Sonakshis Brother Luv To Get Boost From Salman! 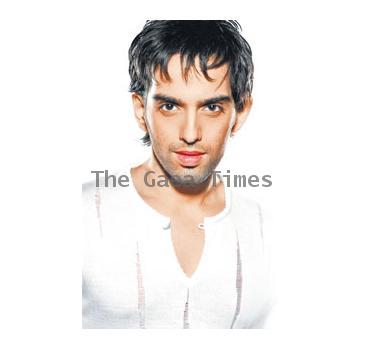 September 18, 2010 (Sampurn Wire): Bollywood star Salman Khan is known for giving a chance to many newcomers in the industry, and the latest example is Shatrughan Sinha’s daughter Sonakshi Sinha, who was cast opposite him in the blockbuster movie Dabangg.

Now, the latest buzz is that Salman is showing keen interest in the career of Sonakshi’s brother Luv Sinha, who had a very forgettable debut this year with Sadiyaan. The movie was based on the India-Pakistan partition and bombed at the Box Office despite having big names like Hema Malini and Rekha.

It is known that Salman ensures the actors are invited to his gym whenever he takes responsibility of a newcomer’s career. In fact, he once trained Bollywood’s one of the fittest heroes, Hrithik Roshan. Luv, who is hardly remembered for his performance in Sadiyaan, will now join Salman in his gym. It is not just to get his body into shape but also his career.

It is reported that Sonakshi was not very interested in a film career but it was Salman who brought her in Dabangg and gifted her a dream debut in Bollywood. So, Luv can also expect something big coming his way after getting trained under Salman! He has done wonders for many and now it’s the turn of Sonakshi’s darling brother!