Tom Cruise will not act in Football movies again 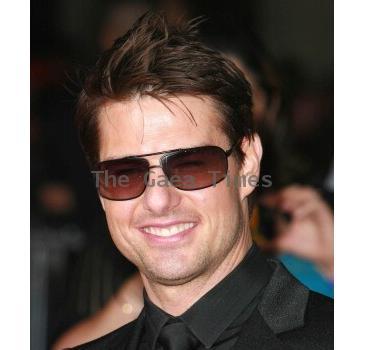 September 13, 2010 (Sampurn Wire): The Hollywood superstar actor Tom Cruise recently said that he does not want to star in any football movies ever again. The actor who is well known for his death defying stunts in movies like ‘Mission Impossible’, ‘Knight and Day’, said that he is not going to act in football themed movies. The megastar claimed that he had suffered a scary head injury while shooting for the 1983 football flick ‘All the Right Moves’.

Cruise was in New York to support his wife Katie Holmes at the premiere party of her new movie ‘The Romantics’. The actor was overheard saying that he suffered a serious concussion while filming the football-movie. When it comes to action scenes, Tom Cruise likes to keep it real and do away with stuntmen and body doubles. Tom’s most physically demanding movie has to be ‘The Last Samurai’ for which he trained 5 hours each day for an entire year.

When he asked if he would like to be the coach in a football movie, the actor said, “No more football movies. Those guys were real players, they hit hard.” Other party goers said that Cruise was amiable and socialized throughout the night.

WASHINGTON - Astronomers at ASTRON demonstrated the feasibility of a new receiver technology by simu...

Tom and his girlfriend, Sally, are celebrating their three year anniversary. They are going for a we...
Copyright© 2010 The Gaea Times