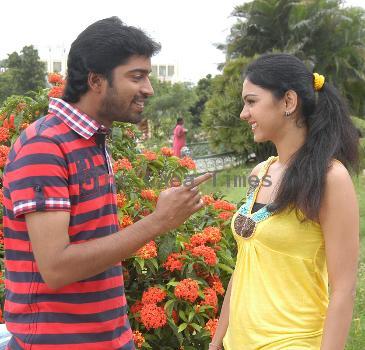 September 11, 2010 (Sampurn Wire): The shooting of the talkie part of ‘Katti Kantarao’ with a funny tagline ‘Yevadnayina Madatettestadu’, directed by EVV Satyanarayana and produced by Eedara Srinivas, Eedara Ravikumar, Eedpuganti Purnachandra Rao and Eedpuganti Subrahmanyeswara Rao on the banner of Big B Productions, was almost complete.

Giving details, director EVV says, ‘With the recent schedule that was held in Ramoji Film City, we wrapped up the talkie part shooting. Canning of songs is in progress now. The film would be very entertaining from the beginning till the end. Naresh is playing the role of a constable who could convince and mesmerize any one right from the SI to the IG. He had four sisters and brothers-in-law. Naresh’s character is to tumble anybody who comes across him. At the same time, the film has lots of sentiment. We are sure that the film would attract all classes of audiences. Naresh’s performance would be the special attraction of the movie.’

Kota Srinivasa Rao, Ali, Venumadhav, Dharmavarapu Subrahmanyam, Chalapati Rao, Ahuti Prasad, Krishna Bhagawan, LB Sriram and others are in the cast. Story and dialogues are by Prasad Varma, lyrics are by Ramajogaiah Sastry, music is by Mallikarjun, camera is by A Vijayakumar, while screenplay and direction are by EVV Satyanarayana.