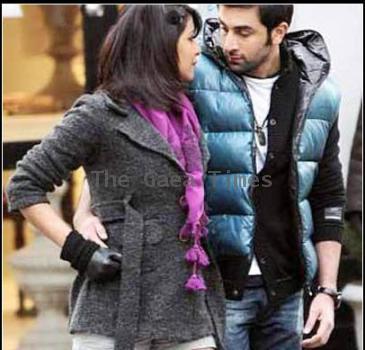 September 10, 2010 (Sampurn Wire):The film distributors from the regions like Delhi, Rajasthan, Punjab, UP and Nizam have united to stop the release of ‘Anjaana Anjaani’ and ‘Action Replayy’. The Priyanka Chopra and Ranbir Kapoor starrer ‘Anjaana Anjaani’ is set to release on September 24 and Akshay Kumar and Aishwarya starrer ‘Action Replayy’ is slated to hit theaters on November 5.

The movies are facing this trouble due to the pending money of these distributors. They have claimed that their payments for the box office failure movie ‘London Dreams’, has not been settled yet. The movie was released on October 13 and they were supposed be paid their full amount by January 2010 but it has not been reportedly paid yet.

These distributors have filed complaint against their respective associations like Raksha Entertainment, Eros International, Headstart, Vipul Shah (director of London Dreams) and PVR. The total due is claimed to be around Rs 6.5-7 crores.

Manmohan Kapur, the distributor from Delhi-UP territory was quoted saying that they purchased the film ‘London Dreams’ on an advance basis as they thought it would be a hit. But it could not do well at the box office and they asked for the remaining dues. As per the agreement, they were supposed to get the total money in three months of the release of the movie but it was never done so, said Kapur. He added that they were left with no choice but to file a complaint against the associations.

Kapur further said that these associations signed some agreements among them and freed Raksha Entertainment. As per the final agreement, the distributors should be paid either by P J Singh or by Vipul Shah. So, they are trying to go against the release of director Vipul Shah’s upcoming movie ‘Action Replayy’.

They also want to stop the release of ‘Anjaana Anjaani’ because Eros International, which is having the music and audio visual rights of the movie, also partially owned London Dreams.

Filmmaker Vipul Shah, who is also involved in this deal, was quoted saying that he has replied to the concerned associations and does not want to speak on it.

If this problem is not solved, the movie buffs will miss two big movies of the year to watch during the festive season!

NEW DELHI - She may be one of the most eligible single women in tinsel town, but getting married fig...

MUMBAI - After following her on Twitter, Priyanka Chopra's fans can now get a sneak peek into her wo...

MUMBAI - Box office collections notwithstanding, "Anjaana Anjaani" is certainly on a roll. The two s...

MUMBAI - Eros International Media has inked a Rs.64 crore deal for exclusively broadcasting some of ...

ISLAMABAD - The cold war between Bollywood beauties - Kareena Kapoor and Priyanka Chopra - is fast i...

Comedy is getting vulgar: Aatish Kapadia

'Crook' Reviews Are Out Now

MUMBAI, INDIA (GaeaTimes.com)- The fans of Emraan Hashmi the so called serial kisser of Bollywoo...
Copyright© 2010 The Gaea Times