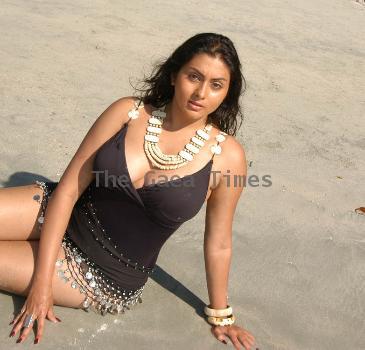 September 8, 2010 (Sampurn Wire): Namitha is playing the lead role in ‘Fire’ directed by SK Basheed and produced by SK Karimunnisa on the banner of SBK Films. The director says, ‘I am going to direct a film ‘Fire’ with Namitha playing the lead role. The shooting of the film would begin next month and there will be two heroes and one more heroine in this film and Namita is playing a key role. The film is being made with action in its backdrop. We are planning our first schedule in Hong Kong and Australia. We have decided to keep the names of the two heroes and the heroine secret till the release of the film.’ The film which is being presented by SK Abdulla, will have story, screenplay, dialogues and direction by SK Basheed.

GURGAON - Artemis Health Institute, a private hospital in the national capital region, has been nomi...

NEW DELHI - "Granta: The Magazine of New Writing Pakistan" is at the number one position in the non-...

NEW DELHI - Fifty best-selling writers, performers and intellectuals from across the world, includin...

NEW DELHI - The autobiography "Tony Blair: A Journey" is at the number one position in the non-ficti...

NEW DELHI - The autobiography "Tony Blair: A Journey" continues to be number one in the non-fiction ...