Barrymores friends are her family 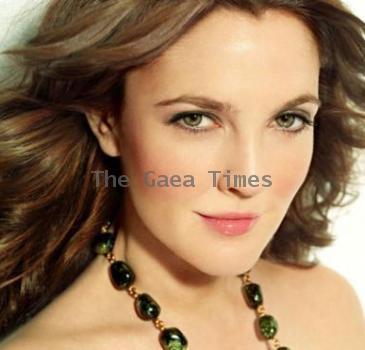 September 7, 2010 (Sampurn Wire):We all know that Drew has quite a bunch of loyal friends that will even humble Paris Hilton. Well, unlike Paris, Drew’s Friends have been there for her for a long time and they have stood by her through thick and thin. In a recent interview Drew Barrymore said that her friends are extremely close to her and she considers them as an integral part of her life. She reportedly said that her friends are family and they mean everything to her.

Drew recently released her new movie ‘Going the Distance’ where she stars opposite Justin Long. The 35-year old Hollywood celebrity actress said that no matter how busy she is, she always finds time to catch up with her old buddies. She also mentioned that her group of friends gets together on weekends and party.

Drew also said that she loves to see her friends smiling and tries her best to keep them happy. The actress explained that her friends are her family and they share a very strong bond with one another. Drew clarified that she does not cook for her friends and she provides the wine and the ambiance and tries to make them laugh. Drew surely knows how to keep her friends happy and smiling!

Emma Watson has been 'in love once'

MELBOURNE - Harry Potter star Emma Watson has admitted that she has been "in love once", but has nev...

LOS ANGELES - Will Ferrell is Hollywood's most overpaid actor, according to a study by Forbes magazi...

NEW DELHI - He has styled the tresses of Hollywood divas like Heather Graham, Drew Barrymore and Sha...

Amy Fisher wants to quit on the writing biz. and feature herself as a full-time pornographic act...

NEW DELHI - Bollywood seems to have become a hot spot for Hollywood actors. From Sylvester Stallone,...

Actress DREW BARRYMORE has signed up to star in an upcoming Bollywood movie, according to a new repo...

LONDON - Actor Justin Long was devastated when his nude scene in the "Going the Distance" movie ...

Why is Justin Long Disappointed?