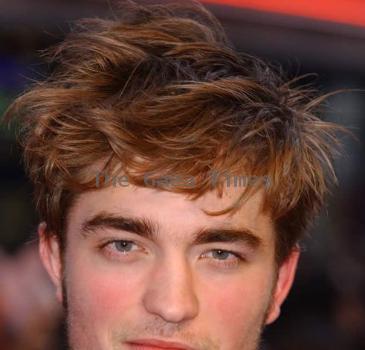 September 4, 2010 (Sampurn Wire): Robert Pattinson escaped being crushed by an elephant while shooting for his upcoming movie. Pattinson is the heartthrob for millions of fans all over the world as he plays the character of Edward in the ‘Twilight’ series.

Apparently Robert was shooting for his upcoming movie ‘Water for Elephants’, where he stars opposite Reese Witherspoon. In a complex shot, Robert was trying to bathe one of the elephants named Rosie, but he narrowly escaped getting trampled by the huge creature.

Sources suggested that a scene required the elephant to step forward while swinging her trunk from side to side. The elephant got confused about the command; instead she sat down on her big butt, lifted her front legs and then rolled over on her side. Robert was sitting on top of the elephant, before anyone could blink an eye, he took control of the situation and slid right off the back of the pachyderm and saved himself from serious injury.

Sources suggest that Robert landed on a patch of mud and emerged with dirt all over him but thankfully he was unharmed after the incident. Although he escaped serious injury, Robert quickly emerged from the dirt and resumed shooting. Robert expressed relief that the elephant did not roll over him.