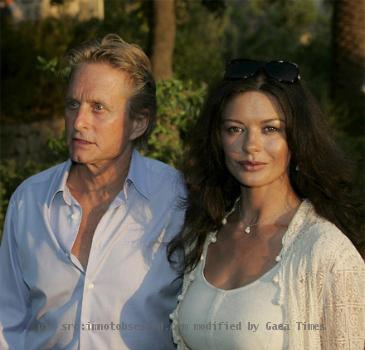 LOS ANGELES (GaeaTimes.com) — Catherine Zeta-Jones has raged over the cancer diagnosis process of husband Michael Douglas. She poured out all her grievance against the doctors, who had detected the throat cancer of Douglas lately.

While talking with People magazine, the much famed actress stated,

Although she appeared happy with Douglas having recovered 80%, still she repents for late detection of the cancer.

It makes me furious they didn’t detect it earlier.

Reportedly, Michael Douglas was diagnosed with throat cancer three weeks ago. He is now being treated with radiation and chemotherapy and has completed his first week of two months.

Earlier this week Douglas appeared in a US talk show and revealed to the host David Letterman that he had “stage four cancer”, which indicates that the cancer has already spread.

Catherine Zeta-Jones said that the chance of survival of her hubby could be improved had the disease treated earlier.

'Miss Congeniality' Kate 'wanted to save herself for someone special'

LONDON - Kate Middleton didn't just charm Prince Williams, but was a favourite with her fellow sixth...

Prince William proposed to Kate Middleton in a hut in Kenya

LONDON - Prince William popped the question to Kate Middleton as they stayed in a hut in Kenya. The...

LONDON - A hospital ward manager, who had three-in-a-bed romp with two patients, has been banned fro...

Prince William's wedding day to be 'national day of celebration'

LONDON - The entire UK is apparently poised to get a day off for Prince William and Kate Middleton's...

LOS ANGELES (GaeaTimes.com) -- Even after fighting with the deadly cancer for over one year, 66 ...

Kate Middleton's parents 'thrilled' by her engagement to Prince William

LONDON - Kate Middleton's parents are extremely happy now that their daughter is engaged to her long...

Diandra Luker could'nt pull up with her trick this time as the court didn't accept her case to b...

It's official! Prince William will marry Kate Middleton in 2011

MELBOURNE - A charge of torture has been laid against a South Australian man, who allegedly cut off ...
Copyright© 2010 The Gaea Times