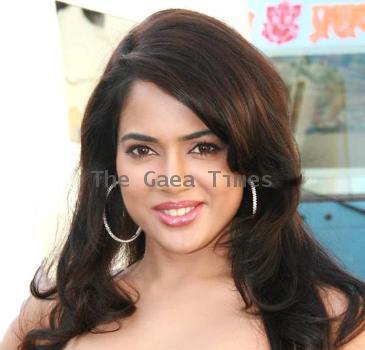 August 28, 2010 (Sampurn Wire): Bollywood’s sexy siren Sameera Reddy has now got on director Priyadarshan’s ‘Bullet Train’ replacing Tusshar Kapoor! The director has signed Sameera Reddy for the upcoming movie as he could not rope in Tusshar Kapoor due to date problems.

Confirming the news, Priyadarshan was quoted saying that Tusshar was not able to work out the dates for ‘Bullet Train’ so he modified the role and signed Sameera for the same role.

The director has also made other replacement like he signed Boman Irani replacing Manoj Bajpai and Kunal Kapoor in place of Suniel Shetty.

Priyadarshan was quoted saying that he had earlier worked with Suniel in many films but for this film, the actor could not work out the dates. The director added that he likes to experiment and work with those actors with whom he has never worked before.

After all these replacements, the final casting of the film includes the names of Ajay Devgan, Anil Kapoor, Boman Irani, Kunal Kapoor, Kangna Ranaut and Sameera Reddy.

Ratan Jain will be producing the movie, which is likely to hit theaters in 2011 under the banner of SRK Entertainment and Movies Pvt. Ltd. The film reportedly deals with a train robbery. Priyadarshan is supposed to start the shooting of the movie on September 10, 2010.

The director has also reportedly signed Malayalam Superstar Mohanlal in an important role and this has not been taken positively by many B-town film personalities.

MUMBAI - The makers of "Tezz" got into a tizzy as 14 crew members of the film were apparently denied...

Casanova To Start Shooting From September 27

Tez Cast and Crew Stranded In Mumbai For Visa

Now, an iPhone app that can measure pollutants in air

WASHINGTON - A new smartphone application can now allow users to keep a tab on the air quality and s...

MUMBAI - The thin presence of A-list Hindi film actors had made the Lakme Fashion Week a dull affai...
Copyright© 2010 The Gaea Times