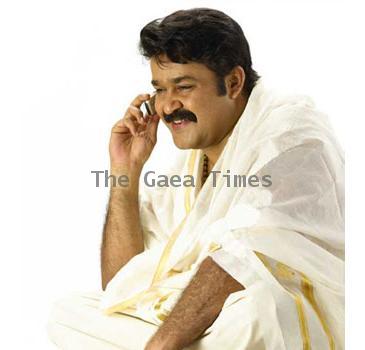 August 26, 2010 (Sampurn Wire): Director Rajiv Nath has been lucky once again to sign the megastar Mohanlal for his new Malayalam movie titled ‘Onnam Sir’. The director had earlier worked with Mohanlal in his 2008 movie ‘Pakal Nakshatrangal’, which failed commercially but was critically acclaimed.

The story of ‘Onnam Sir’ is based on a short story titled ‘Pothychoru’ written by Karur Neelakanta Pillai. K B Venu will be writing the script for the film and it will be produced by Chaaya films.

Mohanlal will be playing a school teacher in this film. The school principal is usually addressed by the term ‘Onnam Sir’. The director is likely to start shooting for this low budget movie from the second week of this September.

In the earlier film of Rajiv Nath, Mohanlal played the role of a filmmaker, who lives life on his own principles. Mohanlal worked with Rajiv Nath in another Malayalam film titled Kaveri in 1986, which also starred Malayalam superstar Mammootty.

THIRUVANANTHAPURAM - He is neither Mamootty nor Mohanlal but Jagadish, who, with his comic timing an...

I am doing a Malayalam film again: Jayaprada

Mumbai Film Festival yet to be foreigners' festival: Suhasini Ratnam

MUMBAI - The Mumbai Film Festival has become the second best such event in India, but it is not so p...

MUMBAI - Versatile Priyadarshan should move away from comedies and focus on other genres, says Ajay ...

Mohanlal to give helpful tips to girls through video

THIRUVANANTHAPURAM - Malayalam superstar Mohanlal is all set to act in a 45-minute documentary that ...

ALLAHABAD - Ahead of the Dussehra festival, scores of people participated in a grand procession t...

September 29, 2010 (Sampurn Wire): Mollywood had three big releases during the Ramzan month but the ...

Casanova To Start Shooting From September 27