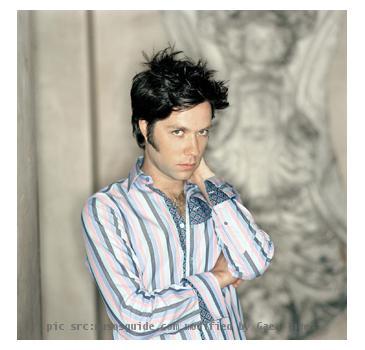 LOS ANGELES (GaeaTimes.com) — Rufus Wainwright appeared on the Entertainment Show “Chelsea Lately” on Tuesday, 24th August. The Canadian-American Singer and Songwriter has given his interview which was held at 11 pm PDT/EST.

Host Chelsea Handler threw a late night half-hour sensation with Guest Rufus Wainwright in this talk show. You can view it at E! Online. The talk show is a favorite with many as Borderline Productions punched with Chelsea gives the ultimate E! Time to its viewers.

The main discussion of the talk show was the latest concert of Rufus. Rufus has left a message for his Audience at the Concert. He said that he demands complete silence from his audiences during the concert. He wanted them to pay complete attention to his viewers and listen to his words carefully.

When Chelsea asked the reason behind this stubborn demand, Rufus blatantly replied that it was because he could also remain silent. Rufus may not be wrong, but think of a silent music concert without any noise or talking people. People often applaud at a concert. Its awkward that Rufus Wainwright doesn’t even want that.

If you are a fan of Rufus, you might have a mixed reaction. Anyways, I hope, that won’t stop you from going to Rufus Wainwright’s Music Concert.