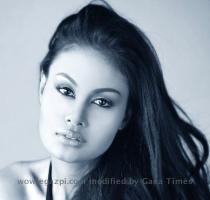 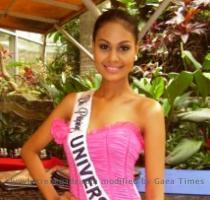 LAS VEGAS (GaeaTimes.com)- Miss Philippines 2010 might have been the favorite to win the title at the Miss Universe pageant at Las Vegas on August 23, but her answer in the final round, according to many, cost her the crown. In spite of coming through as the most confident and charismatic amongst the contestants in the pageant, Miss Philippines gave a dull and vague answer in the final round that failed to make an impression on the judges. She was adjudged the 4th runner up in the competition that saw Miss Mexico Jimena Navarrete being crowned as the new Miss Universe.

Pageant judge Billy Baldwin asked Miss Philippines 2010 Maria Venus Raj in the final round which was the biggest mistake of her life so far and what had she done to correct it. In what appeared to be a straightforward and simple questions seemed to have taken the beauty queen by surprise and she ended up giving a vague and insignificant answer. Before answering the question, Maria Venus Raj thanked the judge for the ‘wonderful’ question and greeted the audience. She then went on say that there was nothing in her life that she could call a ‘major, major’ mistake and then thanked her upbringing for it. She said that her parents were behind her confidence and her perfection.

The answer by Miss Philippines 2010 became a rage on the web after many felt that it cost her the crown. Experts felt that the her answer failed to fetch points as it made her appear almost superhuman. Many feel that she should have made something up to please the judges.