Telugu Actress Saira Banu Arrested with the charge of Prostitution 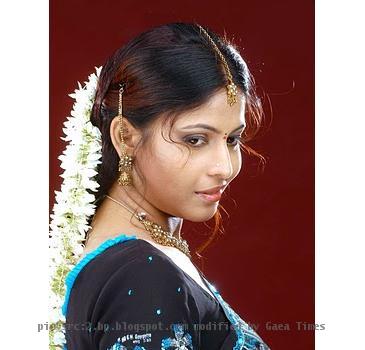 HYDERABAD, INDIA (GaeaTimes.com) — Even the most sweet and innocent face of silver screen, whom you dream of to be your soul mate, can be associated with the heinous job of prostitution. Telugu actress Saira Banu is the burning example here. Saira and Jyoti along with seven others were caught red handed by Hyderabad police as they were allegedly carrying out prostitution work in an apartment near Kundan Bagh.

Saira Banu, is a popular face of Telugu movie. She has appeared in a number of Telugu flicks playing the lead role. While, Jyoti comes into the lime light as a supporting actress.

A woman from Uzbekistan is also taken into custody along with the customers from the same place. Although the identity of the others were not revealed by the police, the involvement of some rich and famous people are hinted as Kundan Bagh is a highly posh residential area that covers the houses of ministers and other VIPs.

This is not the first time that Telugu film industry is hit by sex scandal. Previously, Seema was arrested from Hyderabad’s Tarnaka area while police were on a raid to catch a sex racket.