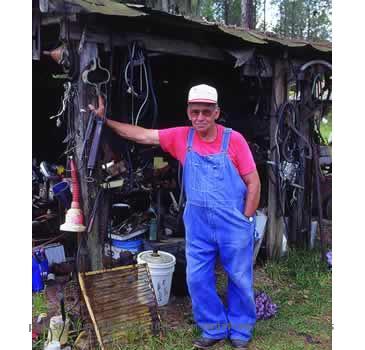 LOS ANGELES (GaeaTimes.com)- The first episode of ‘Swamp People‘ on the History Channel provided an insight into what the audience can look forward to in the rest of the season. The latest reality series follows the life of the people who live in the swamps of Louisiana and are called Cajuns. Known for their exquisite cuisine and vibrant culture, the show focused on a small community as it got ready for their most important season of the year -alligator hunting.

In the one-hour episode on Sunday, one of the hunters was seen making special type of hook like weapons for his eldest son. On the other hand, one of the teenagers are seen landing on the face of danger after a wrong step while out hunting with his father. ‘Swamp People‘ highlights the lives of the Canadian-French community as they struggle to survive the harsh conditions of the swamps and also maintain their age old traditions.

‘Swamp People‘ is a new reality show that will show how the communities living in the swamp areas of America have managed to create their own culture and identity in the hostile environment. The fiercely independent group is seen fighting it out in the Atchafalaya Basin. They are shown as tough people with a strong cultural background that remains unshakable in spite of the quickly changing world. In the next episode the audience can look forward to some thrilling action as one of the hunters will be shown searching for a giant alligator that has eluded him for years. The episode was called ‘Big Head Bites It’.