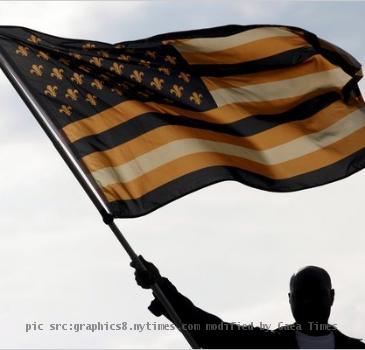 LOS ANGELES (GaeaTimes.com)- Five years after the devastating Hurricane Katrina left the city of New Orleans all in ruin, Spike Lee revisits the city of Louisiana whose bruises have not yet healed to capture the simmering anger against the blind authorities. A sequel to his famous 2006 documentary, “When the Levees Broke: A Requiem in Four Acts”, Spike Lee on Monday return to HBO with his four hour long documentary ” If God Is Willing and Da Creek Don’t Rise”. The documentary that would be played in two parts on HBO at 9 p.m. on Monday and Tuesday night focuses on the prevailing crisis of the city that resulted from the demonic Hurricane Katrina.

“If God Is Willing and Da Creek Don’t Rise” tries to capture the present situation of a city that in one hand is celebrating the success of the New Orleans Saint’s Super Bowl victory and on the other hand searching for a two course meal for the next day. Hurricane Katrina is not a past that has ceased to exist for the people of New Orleans, but a present that continues to plague. The documentary captures the present political scenario of the state and the city, the dilapidated condition of the education system and the demolition of the public housing projects. It also captures the uncertainty and fear that has already become a part of the life of the people of New Orleans that is the largest city of Louisiana State of United States.