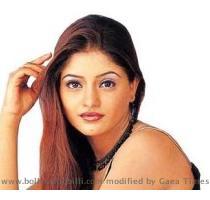 HYDERABAD, INDIA (GaeaTimes.com)- In what is one of the most shocking scandals to hit Tollywood in recent years, Telugu actress Soni Raj has been accused of forcing a family into prostitution. The young and innocent looking actress has come under severe fire after a woman from Nellore alleged that she and her associates started harassing her and her two daughters by forcing them to do prostitution. The news comes as a shock to many as the actress was seen debuting on the big screen with the movie ‘Toli Parichayam’ recently.

The woman who alleged the Telugu actress of forceful prostitution said that she had even shifted to Nellore to get rid of Soni Raj and her associates. She said that the problem persisted for months and that forced her to change her area of residence. She added that it took little time for Soni Raj to search her and her two daughters out in Nellore and she started to harass them again. The unnamed woman has also demanded police protection as she has reportedly been threatened by the south Indian actress.

The scandal surrounding Soni Raj and the allegations of the unnamed woman has spread like wild fire after a news channel broke it recently. The scandal could be a crushing blow to the career of the actress who has just started her career. Neither the actress nor her representatives or family could be contacted regarding the matter. Several bloggers all over have lashed out at the Tollywood actress already in spite of none of the charges being confirmed by the police yet.