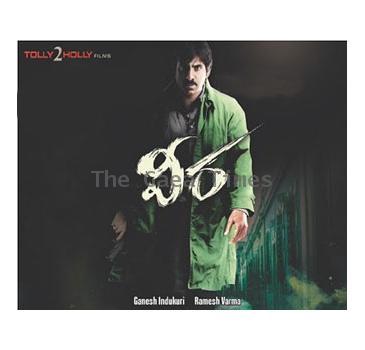 Veera is the second film of director Ramesh Varma, whose first film titled Ride was very successful. Teja will be seen romancing three heroines in this movie. Anushka Shetty and Taapsee have been signed to play the two female lead roles and search is going on for the third female lead.

Anushka is being paired opposite Ravi Teja for the second time. Earlier, they were paired in the movie Vikramarkudu in 2006 under the direction of S.S. Rajamouli.

The movie has music scored by the renowned music director Devi Sri Prasad. The cinematography has been done by Shyam K. Naidu and the story as well as the dialogues is penned by Parachuri Brothers.

Producer Ganesh Indukuri believes that the movie is going to be a prestigious one under his banner. He said that the movie has some high technical values apart from the huge cast.

Ram-Lakshman will be looking after the actions in the movie and editing will be done by Martand K. Venkatesh.

With such a good cast, the producer can expect a good earning from this movie!