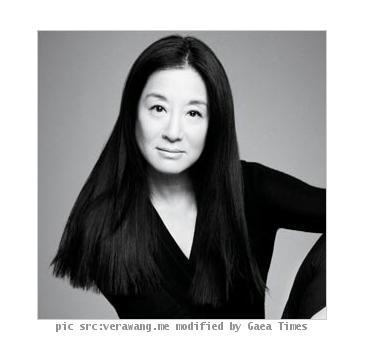 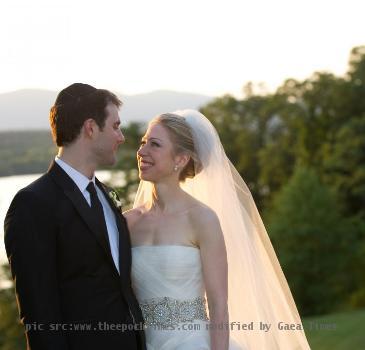 RHINEBECK (GaeaTimes.com)- The former first daughter of United States looked graceful when she walked down the aisle wearing Vera Wang designed ivory gown. The media had been speculating and presuming about the “wedding of the century” as the former President of United States and his family were tight lipped about the whole marriage preparations. Even media was not allowed inside the wedding premise to secure the privacy of the lavish wedding.

Vera Wang skills in designing excessively ornate gowns from classical to modern and the designed gowns are sought after by the celebrities. Chelsea Clinton and her mother Secretary of State Hillary Clinton were spotted many times visiting Vera Wang showroom and the media speculated that the bride-to-be would wear her creation in the wedding. However, Vera Wang had another contender, media reported that Chelsea Clinton will wear Oscar De La Renta’s creation for her marriage. All the previous speculations ended when the bride walked down the aisle and she looked resplendent in Vera Wang gown with a jeweled belt. The groom looked elegant in a Christopher Bailey tuxedo and tie.

Vera Wang was also invited in the wedding. She was spotted by the media in a village of Rhinebeck walking out of a local restaurant. The wedding pictures released on web showed that the former first daughter looked stunning in her strapless silk organza with a draped silk ball skirt with a silk tulle diagonally draped bejeweled belt which was detailed with beautiful detailed stitches and costly stones. The royal wedding of Chelsea Clinton and investment banker Marc Mezvinksy was held in Rhinebeck, New York and the occasion was graced by more that 400 guests who blessed the couple for their peaceful conjugal life.