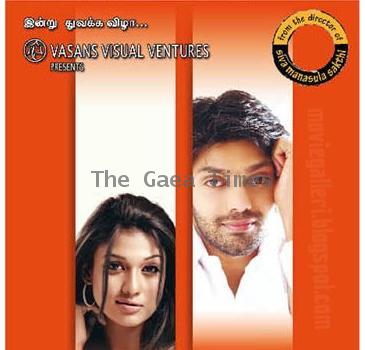 Touted to be a family entertainer laced with romance and comedy, the film is directed by Rajesh, who shot to fame with his debut directorial Siva Manasula Sakthi. The film is produced by Vasan Visual Venture, who previously made national award winning film Naan Kadavul. Its worth mentioning that actor Aarya himself had acquired the rights over this film soon after its completion.

Recently, Udhayanidhi Stalin happened to watch the special screening of Boss Enginra Bhaskaran and apparently expressed his wish to market the film under his banner of Red Giant Movies.

This will be the second time Udhayanidhi Stalin and Aarya will be coming together as their previous release Madharasapattinam is still ruling at box office charts.