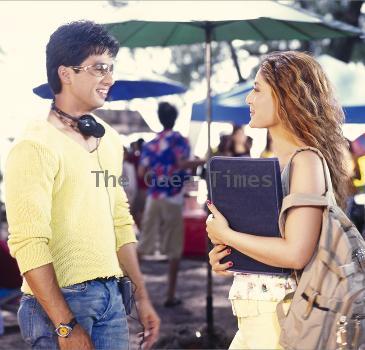 July 20, 2010 (Sampurn Wire): Ok, so the makers of ‘Milenge Milenge’ have led everyone to believe that their film is a success. While some may argue that how a film that nets just a little over 10 crores in its first week could be termed as a success in today’s time, especially since it stars top players like Shahid Kapoor and Kareena Kapoor, producer Boney Kapoor has a strong reasoning. After all, the film was made on a medium budget half a decade back and even if one counted the interest, the ROI (return on investment) has been gladdening.

No, this doesn’t by any means indicate that the film is one of those hits that its actors would be extremely proud. Well, even if they want to be, they can’t since they didn’t promote the film. Ironical, isn’t it, since for Shahid this film has turned out to be his second consecutive success after ‘Badmaash Company’? Of course the film isn’t sustaining at the box office on the same lines as ‘Badmaash Company’ and has taken a fall but still the money earned is in a decent enough range to kept it’s investors smiling.

A few months back, the makers of Himesh Reshammiya starrer ‘Radio’ too had proclaimed their film to be an investment hit since they had presumably recovered their entire investment before the release. Though the film had done poor business at the box office, the producers were supposed to be in green. However, the distributors did loose money. This is not the case with ‘Milenge Milenge’ though since Boney Kapoor himself is the distributor as well which ensures that no one looses money eventually.

However, money has been lost in case of ‘Red Alert - The War Within’ which is the case of a good effort going unnoticed. Theatrical failure of this Ananth Mahadevan directed film makes one wonder if audience can really be enticed to get into theaters when told explicitly that X film is based on a real life issue. It seems that they automatically detach themselves from such films and wait for it to arrive on home video or satellite rather than spending their hard earned money on something which doesn’t give them their dose of escapist entertainment. This has been seen even in a commercial set up like ‘Kurbaan’ that boasted of the likes of Saif Ali Khan and Kareena Kapoor. This mistake wasn’t committed by the makers of ‘New York’ who never sold the film as an ‘issue based film about innocent people being lodged in US jails’. Or for that matter a small effort like ‘A Wednesday’ who actually sold the film as a plain and simple thriller about a few hours rather than something which would open up a can of worms. Point to ponder?

With the film barely managing to complete a week at the box office and hardly in the running in the second week, ‘Red Alert - The War Within’ would have to live with the fact that it got great reviews and appreciation for Mahadevan and Suniel Shetty but no moolah!