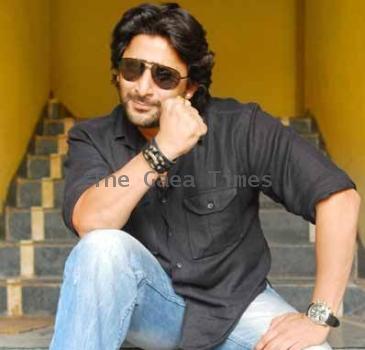 Arshad is about to finalize two more projects as a producer. One of the films will be a sweet romantic story and the other is a thriller, both the films under his banner will be set on the Fiji islands.

According to a source close to Arshad said, “The Fiji government has specially invited him to shoot the film in their country. He is now busy shooting for Golmaal 3 and he will start shooting for Dhamaal 2 in August.

The actor is now planning to have a trip with family, which will be a work-cum-pleasure tour. He will be accompanied by wife Maria Goretti and son Zeke (5) and daughter Zene (3).

Arshad added, “I am going to start the next two films by this year-end. One will be romantic and sweet film like my favorite film Dilwale Dulhaniya Le Jayenge and the other one will be an action thriller”.

On the failure of Hum Tum Aur Ghost, Arshad said, “It was not the fault of director Kabeer Kaushik. He is very good at making serious realistic cinema like Seher but not that apt when it comes to the light-hearted romances”.

He added, “It would have been better if I had directed Hum Tum Aur Ghost myself. I am working on a thriller project, which I am planning to direct in a few years. I have co-written the movie and I need to take a break from acting before I start the project”.