“Vaanam” To Be Made By Silambarasan 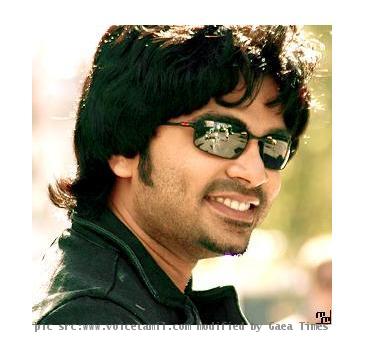 HYDERABAD, INDIA (GaeaTimes.com)- Actor Silambarasan who was in talks with a number of producers of the Telegu film industry for the funding of a remake of the super hit film “Vedam”, has ultimately roped in producer R.B. Choudhary. According to reports from media, Silambarasan, who will play the lead role in the new version, has asked for the name to be changed to “Vaanam”, which means ’sky’ in English.

The original version of the Telegu blockbuster featured Allu Arjun in the lead role of a cable operator, with Anushka as his leading lady who portrays the role of a sex worker in “Vedam”. However if reports are to be believed, Anushka has not given her consent to work in the remade version of the one-time blockbuster movie, thus forcing the producers of “Vaanam” to search for another face for the sex worker. Though nothing has been confirmed as of yet, the producer has expressed an interest in working with actress Tapasee of the “Aadukalam” fame.

Apart from Silambarasan and Tapasee, “Vaanam” also features Manoj whom we have last seen in “Ennai Theriyuma” in a lead role. The film’s production has not gone on the floors as of yet, neither have the names of the technicians working on “Vaanam” been announced. The original version of the blockbuster, that is, “Vedam” was a story of five people and how their lives get intertwined with each other’s one fine day. How the characters get connected and what follows from then on is the storyline of “Vedam”. The principal cast members of “Vaanam” too are yet to be announced.