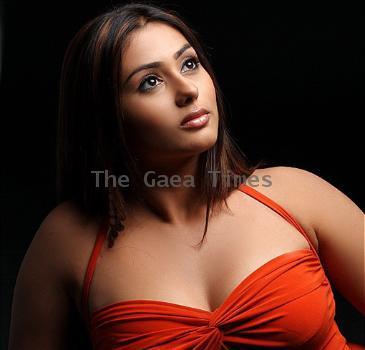 July 5, 2010 (Sampurn Wire): Setting everything straight Namitha, the glam-girl of the Kannada movie industry, has put all the rumors about her suicide to rest. It was heard from a certain section of Kannada movie industry, that she had committed suicide. They also added that she had done so due to acute depression. Namitha handled the matter quite jovially and instead of getting irate she laughed out loud. Usually, such atrocious rumors incite anger or rage but Namitha handled it like a professional. Namitha says that she’s in her house in Amby Valley in Mumbai and has no clue about who spreads all these absolutely ridiculous rumors. She also adds that the house is new to her and she would be taking a flight back to Chennai in order to shoot for the movie Maanada Mayilada. Presently the glamorous heroine is busy with the film Ilaignan, directed by Kalaignar. She’s also busy with two other films in Telugu.