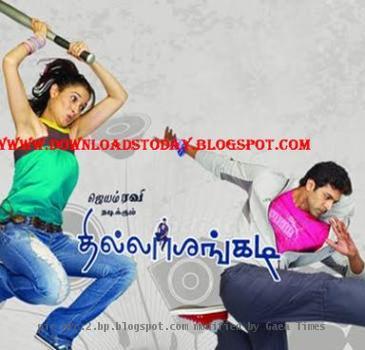 CHENNAI, INDIA (GaeaTimes.com) — Few hours ago I have written an article on Thillalangadi MP3 Songs free download and provided you with the download link of the songs. Now, I want to give you update about the Thillalangadi Songs release date and time.

As I have mentioned earlier, Thillalangadi is the remake of 2009 blockbuster Telugu movie ‘Kick’. The film is produced by Mohan and music is composed by Yuvan Shankar Raja and Thaman.

Popular singers such as Chitra, Shreya Ghosal have contributed to the beautiful songs of Thillalangadi. Simbu has given his voice for a song, which is a fusion of Bhangra and folk.