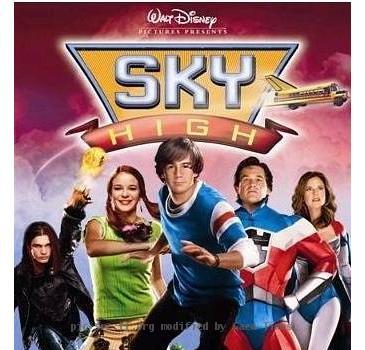 LOS ANGELES, (GaeaTimes.com)- Sky High, a movie involving superheroes will go on air in the Disney Channel at 8 o’clock in the night today. The movie centers around a superhero couple who want their son to become a superhero too. The son on the other hand is not at all interested in the trade. The movie begins with Will Stronghold, the son bring forcefully sent to a training school under the name of Sky High, a place where Will Stronghold will understand whether he is the possessor of any supernatural power or not.

The first look of Sky High which is written by Paul Hernandez, Robert Schooley and Mark McCorkle was revealed to the audience back in the year 2005. The response to the movie was fair enough, with the plot being responsible for grabbing the attention of children and grown ups alike and the movie also securing a nomination for the Best Family Feature Film at the ‘Young Artist Award’.

Tonight will be the day when people will again get a taste of the supernatural when Will Stronghold is sent to the Sky High school, a school in the sky, by his parents Steve and Josie Stronghold. Whereas the parents are already superheroes from the beginning of the movie, it is not known whether Will Stronghold posses any special powers or not. Steve Stronghold is known as Commander in Sky High and is famous for being unbelievably strong. Josie Stronghold on the other hand is known for her ability to fly at the speed of a jet, a special power which has also earned her the name of Jetstream.