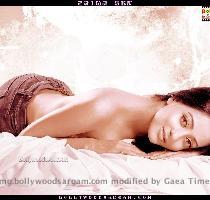 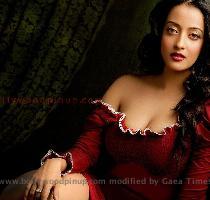 KOLKATA - Suchitra Sen, the reclusive screen goddess of yesteryears, has been admitted to a private nursing home here following chest infection and breathlessness.

The 79-year-old, who dominated the Bengali film world from the 1950s to mid-1970s, was stable and responding to treatment at the Intensive Therapy Unit, the Bellevue Clinic said.

“Suchitra Sen was admitted with respiratory distress in the intensive therapy unit due to chest infection. She is responding to therapy. Her condition is stable now,” the bulletin said.

Suchitra, known as the Greta Garbo of Indian cinema for her reclusiveness since retiring from the silver screen in 1978, was admitted to the nursing home a few days back under critical care specialist Subroto Moitra. She is on restricted diet.

Her daughter is actor Moon Moon Sen while she has two granddaughters - Riya and Raima Sen. Both are Bollywood actors.

Her pairing with Bengali matinee idol Uttam Kumar since the late 1950s produced one box office hit after another. Film buffs outside West Bengal remember her for her powerful performance in the 1975 Gulzar movie “Aandhi” besides her earlier films with Dev Anand.

NOIDA - A private bus rammed into a cycle rickshaw here Friday, killing the rickshaw puller and a 15...

NEW DELHI - The Cycling Federation of India (CFI) Monday announced a 15-member squad for next month'...

KOLKATA - A Maoist squad leader has been arrested from West Midnapore district of West Bengal, polic...

NEW DELHI - Following is the schedule of the Commonwealth Games events for Sunday. Total thirt...

KOLKATA - Actress Raima Sen, who has made a name for herself in the Bengali film industry as wel...

KOLKATA - Bollywood actress Raima Sen feels that everyone should respect the privacy of her gran...

NEW DELHI - The Cycle Federation of India (CFI) Friday announced a 27-member squad for the Commonwea...
Copyright© 2010 The Gaea Times