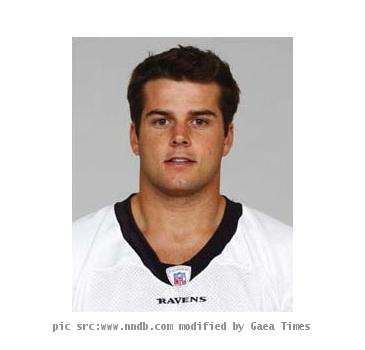 LOS ANGELES, CALIFORNIA (GaeaTimes.com)- The Oakland Raiders quarterback Kyle Boller will tie the knot with his girlfriend Carrie Prejean this Friday, July 2, 2010 at Grand Del Mart Hotel in San Diego. The couple has not disclosed anything to the public but a reputed media source said that the news is confirmed as they will walk the alter together.

Kyle Boller met Carrie Prejean last July at The Grande Del Mar racing Track and began dating since then, the couple however got engaged on February 2010 announcing that they will marry very soon. Though the couple has not disclosed anything but a staff in The Grande Del Mart Hotel said that the couple has booked a bunch of rooms for their guests and it is expected that the marriage will have a gala party. Kyle Boller was previously linked with Tara Raid, however, the relation did not work out. The couple were seen together recently in a swimming pool photo-shoot together on the back page of a reputed magazine.

Kyle Boller and his soon to be wife Carrie Prejean are expected to confirm the news of their marriage to the media. Kyle Boller joined Oakland Raiders two months ago and Carrie Prejean was under arc-light when she commented about same sex marriage in the beauty pageant. The model was awarded the crown first and then it was taken away when some of her explicit photographs were leaked on the web which was regarded as a breach of contract for her. However, if the news of Kyle Boller and Carrie Prejean is true, then the couple must be really excited about their marriage.