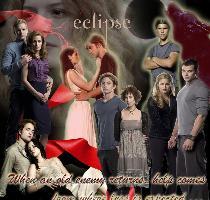 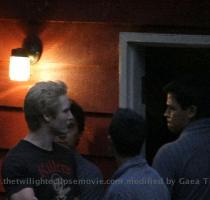 KOLKATA, INDIA (GaeaTimes.com)- Those who thought nothing or no one can overcome Harry Potter in terms of popularity among the teens and adolescents in Kolkata have been proved wrong. The boy wizard is getting real competition from the most handsome and sizzling vampire in the world- Edward Cullen, made popular on screen by Hollywood hottie Robert Pattinson in recent times. The twilight films are turning out to be no less popular than the harry Potter films. Today ‘Eclipse’ the third film in the Twilight Saga is getting released all over in the USA and this has made the book sales soaring in Kolkata. Eclipse release date in India is not known and it is expected that the movie will reach India in another few months.

The earlier two films in the Twilight series got god response from the Indian viewers, notwithstanding the frown of the critics. The latest film is also expected to set new box office records both in domestic and international box office. The Crossword management in Kolkata said that now the Twilight books are selling more than the Harry Potter books. The fans of the series are waiting for the Eclipse release date in India. As of now they can watch the trailers of the movie that are available on the web.

While the vampire mania overtakes the book readers and movie lovers in Kolkata the fans of the boy wizard are also trying to put up a brave face. The release of the first official trailer of the latest Harry Potter film has made them excited. The release date of Eclipse in India is likely to be in the end of 2010.