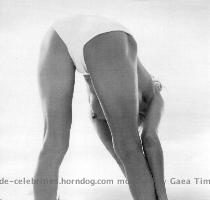 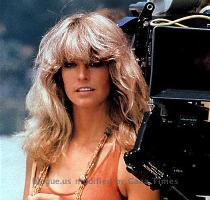 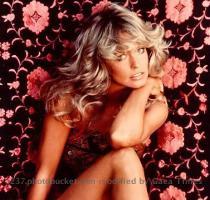 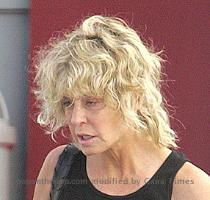 BEVERLY HILLS, Calif. — Farrah Fawcett’s closest friends marked the first anniversary of her death by dedicating a cancer-research foundation in her name.

Alana Stewart, Ryan O’Neal, Tatum O’Neal and Redmond O’Neal were among guests at an intimate gathering Friday at the new offices of the Farrah Fawcett Foundation, which funds alternative cancer research and treatment methods and aims to improve the quality of life of those with the disease.

Stewart said Fawcett started her namesake foundation during her own struggle with cancer, and Stewart was determined to keep her friend’s efforts alive.

“If I can help carry on Farrah’s mission for the foundation, it’s an honor for me,” Stewart said. “I feel almost like she’s a guardian angel watching over me, and I feel like she’s smiling down on us and very happy that she died for a cause.”

Ryan O’Neal said the first anniversary of Fawcett’s death had been an emotional one for his family. Their 25-year-old son, Redmond, who has been dogged by drug problems and was jailed during his mother’s final days, visited Fawcett’s grave for the first time Friday.

The soft-spoken redhead said he is now clean and sober.

Ryan O’Neal said he still worried about his son, especially since Fawcett is gone: “He lost her, and he’s fragile.”

But, O’Neal said, her mission will continue.

“Farrah was extremely loved around the world,” he said. “We will try to keep that feeling in play.”

Meet the first family of the Commonwealth Games

MELBOURNE - The Commonwealth Games now have a first family -- in Australia. Alana Boyd won a gold me...

NEW DELHI - The following are the results on the ninth day of the competitions at the Commonwealth G...

Shahier and Alana to lead Canada's squash challenge in CWG

Victims of domestic violence are discriminated at work: Oz study

SYDNEY - A survey has found that victims of domestic violence are often discriminated against by the...

Storm open postseason as favorites to win title; Liberty, Mystics likely to vie in the East

Storm open playoffs as favorites to win WNBA titleThe Seattle Storm got off to such a dominant start...

Storm open playoffs as favorites to win WNBA titleThe Seattle Storm got off to such a dominant start...