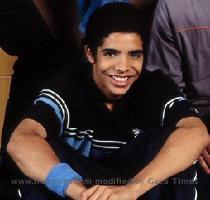 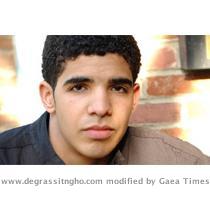 LOS ANGELES (GaeaTimes.com)- It seems that nothing could stop Canadian rapper Aubrey Drake Graham who is better known as Drake to become one of the most popular singers with the American music lovers. The rapper, who released his debut album “Than Me later” on June 15, has been able to top the U.S. Pop chart on Wednesday. The Nielsen SoundScan has also said that Aubrey Graham’s debut album has been able to top the Canadian Album chart by selling 31,000 units.

The debut album of Aubrey Graham, “Thank Me Later” faced some initial hurdles when many of its song videos and lyrics were leaked over the internet and the company had to go for a second video shoot for some songs. However, it seems that the whole leak affair had helped to increase the popularity of the album that has reportedly sold 447,000 copies during the first week of its release. According to Nielsen SoundScan, Aubrey Graham’s album sale in the first week is the third biggest this year preceded by Lady Antebellum’s “Need You Now” that sold 481,000 copies in January and Sade’s “Soldier of Love” that recorded a whopping sale of 502,000 copies in February.

The other albums to have made to the Top 10 list is Tom Petty and the Heartbreakers “Mojo” (Reprise) that has sold 125,000 copies. The third position is held by “Laws of Illusion” (Arista) by Sarah McLachlan that had to his credit 94,000 copies sale. The fourth position is being held by “Now That’s What I Call Music!” that has sold 88,000 copies. However, as the data shows that there is no doubt about the fact that Aubrey Graham’s 447,000 is hard to match.