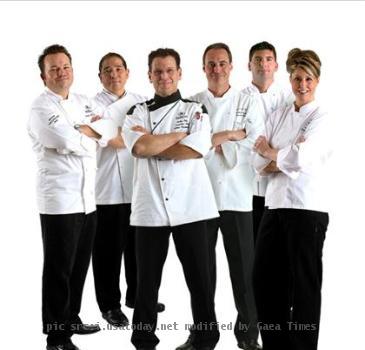 LOS ANGELES (GaeaTimes.com)- Popular culinary competition reality series “Top Chef” is again back in the scene with its season 7 which premiered on Bravo last night. The long wait of the regular viewers of the show finally came to an end on Wednesday night when the first episode of the new season of the show was aired to the utter delight of its large number of fans. In the first episode of the much acclaimed reality series, the viewers got the opportunity to have a look at the contestants who would be participating in the show this time to win the much coveted title of “Top Chef.”

As the season premiere unfolded, the large number of viewers who had tuned in to catch the first episode of “Top Chef” season 7 witnessed this year’s seventeen contestants participate in the mise en place tournament comprising of three rounds. The winner of the quick-fire round turned out to be New Yorker Angelo Sosa who successfully left behind the other final three chefs, Kenny Gilbert, Kelly Liken and Timothy Dean after they were asked to make a dish with the help of the ingredients available from the first three rounds as well as from the Top Chef pantry.

The dream of 42 year old chef John Somerville were thrashed when he was eliminated at the end of the first episode of the brand new season of the culinary reality competition. Anticipation had been running high among the regular viewers of “Top Chef” since the season 7 was announced in the month of October last year. The manner in which the first episode of “Top Chef” season 7 unfolded surely ensured that the viewers would be eagerly waiting for the upcoming episodes.