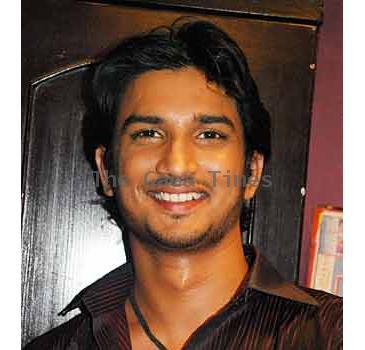 June 17, 2010 (Sampurn Wire): What happens when someone declares a woman’s age in public? That too, Rakhi Sawant’s age? This week the audience will get to see the funny side of Sushant’s behavior on ‘Zara Nachke Dikha’ for the very first time. Sushant performed with item girl Rakhi Sawant on ‘Mere Khuda and Aa Khushi Se Khudkhushi Karle…’ .As it was the Khallas round, our Sushant didn’t leave any stone unturned even while conversing after the performance. He just did not forgive the Masssakali girls.

A source from the sets informs us, “After performing for the Khallas round VJ Mantra and Jennifer Winget asked the duo about their performance and Sushant wittily said that he had wanted to perform with Rakhi Sawant since her ‘Pardesia’ music video days which had been a great hit when he was in school. This was a clear indication of giving away Rakhi’s age to the public. Rakhi was in no mood to comment after hearing this. She just said that it had been a very nice experience for her too.”

We contacted Sushant who laughingly said, “No, I had not dreamt of performing with her, it was just a quip, about her age.”

NEW DELHI - The moment US President Barack Obama's Air Force One touched down in Mumbai, the Twitter...

NEW DELHI - Rajasthan defeated Hyderabad by an innings and 256 runs on the third and penultimate day...

MUMBAI, INDIA (GaeaTimes.com)- "Rakta Charitra" has turned out to be one of the most anticipated ...

A Delhi restaurant that offers joy of Assam

'Knock Out' - thriller with a conscience(IANS Film Review; Rating:***)

October 1, 2010 (Sampurn Wire): This October, get set for some mind-blowing thrill and action as A...

VARANASI - Ahead of Durga Puja idols of gods are being made here from environment-friendly materia...
Copyright© 2010 The Gaea Times