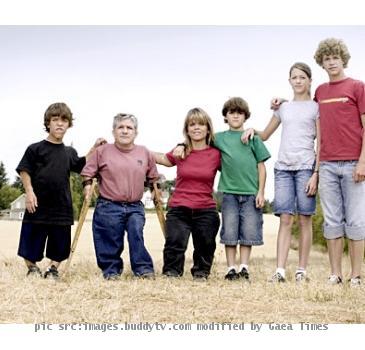 LOS ANGELES (GaeaTimes.com)- The popular reality show on TLC “Little People, Big World” which tells the story of the Roloff family residing in Portland, Oregon concluded another of its seasons on Monday night when the fifth season finale episode was aired. The season finale which was given the title of ‘Twin Takeover’ was successful in keeping the viewers glued to the television screens with the rather interesting developments in the Roloff family. Given the fact that last night’s episode was the final segment of the present season, the fact that large number of viewers watched the show hardly comes as a blot from the blue.

The fifth season finale episode of “Little People, Big World” was successful in generating huge attention among the viewers as one of the protagonists of the show Matt Roloff was found collapsing on his desk as the episode was about to end. At the same time, prior to the collapse of Matt Roloff, the season finale episode also included a number of reference to about how he ‘wouldn’t be around much longer’. The revelation has fueled speculations among the regular viewers of the show about whether Matt Roloff would be seen in the upcoming seasons of the show and also what made him collapse during the season finale. However, information about the current condition of Matt Roloff has not been available as yet.

Meanwhile, according to reports that have surfaced, the upcoming season of “Little People, Big World” is scheduled to go on air later in the month of September with the production of the sixth season already underway.