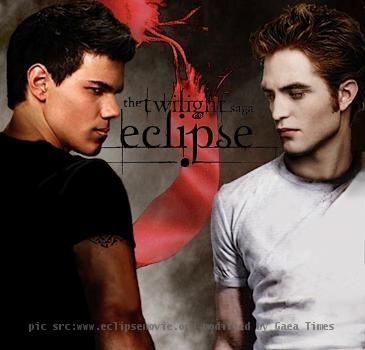 LOS ANGELES (GaeaTimes.com)- The wait of the vampire movie fans will be over on the last days of June when Twilight will reign in the theaters. The latest movie in the Twilight franchisee named ‘Eclipse’ will hit the theaters on June 30th and the fans are waiting with baited breath to see two of the hottest hunks of Hollywood. On one hand there is the sexiest werewolf with six pack abs-namely Taylor Lautner. On the other hand the most seductive and handsome vampire Edward Cullen is there to sweep the fans off their feet! David Slade is the director of this film who earlier experimented with vampire flick like ‘30 Days of Night’. The director revealed some important facts on the upcoming flick in a recent interview with a magazine.

He said that ‘Eclipse‘ is a film that is not aimed at only the vampire movie freaks. On the contrary, anyone can enjoy the film. He said that romance is the central theme of the film. However, the new film also has vengeance as a theme. When Summit Entertainment selected him as the director they wanted to keep the continuity in the series. The producer of the film is also happy with the way the director has worked for the film. The director was hired for his splendid visual style.

The fans of the franchisee are sure to crowd the theaters when the film ‘Eclipse‘ releases and a lot of them are going to see two hot hunks in action scenes. The two earlier films were panned by the critics but managed to do good business at the box office.