Bret Michaels Will Have Heart Surgery 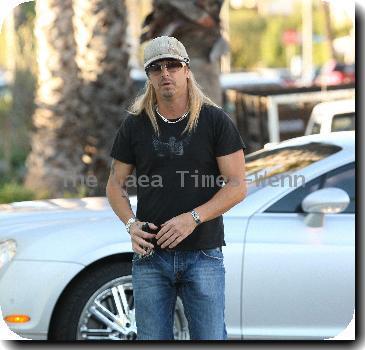 LOS ANGELES (GaeaTimes.com)- Bret Michaels, the front man of glam rock band Poison and reality TV star is in news and it is not only for his surprise appearance in Americans Idol’s season finale where he left a mark on the viewers. The star who has been going through a bad phase health wise would have to undergo a heart surgery in near future, as he has said. However, the star is in not a mood to put a stop to his career related activities owing to his health problems, as it seems from his latest moves. The singer had to be admitted to hospital a month back after he suffered a severe brain Hemorrhage and it was followed by a warning stroke which sent him to hospital again.

The fans and family members of the ace singer Bret Michaels is worried about his health. They have reasons to worry as the star went to the season finale of American Idol without informing the doctors who are observing him. The 47 year old rock star is planning to resume his career activities that took a backseat owing to the series of ailments he had to go through in recent times.

Bret Michaels is far from worried about the cardiac surgery that he will have to undergo. He has a hole in his heart, as his doctors have diagnosed but it is curable. He is an optimist and thinks that once the surgery is over he will bounce back on the career front. His fans are hoping the health woes of the star come to an end soon.

WASHINGTON - The experience of 39-year-old Bobby Jindal, the Indian origin Governor of Louisiana, is...

Lifestyle intervention can do wonders for obese people

WASHINGTON - Two new studies have suggested that lifestyle interventions such as physical activity...

LONDON - Australian fast bowler Bret Lee, who was one of England's chief tormentors when they suffer...

WASHINGTON - A new study has suggested that lifestyle interventions, including physical ...

No. 20 Wisconsin looks to extend dominance over Minnesota in battle for Axe