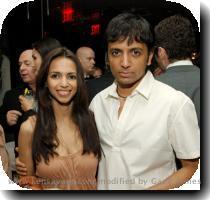 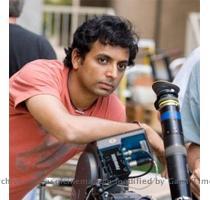 PUDUCHERRY - Oscar-award winning director Ang Lee has teamed up with the “Slumdog Millionaire” crew to scout for locations for the big screen adaptation of Booker prize-winning novel “The Life of Pi”, which is set in Puducherry.

“He (Lee) has been here for a couple of days and he even visited the place a year ago. He was here with the ‘Slumdog Millionaire’ crew - the line producers and others to do the logistics, scout for locations and other local work,” a source from the tourism department, Puducherry, told IANS.

“We are not sure whether he (Lee) has left but he is definitely leaving today (Sunday)… He is not really talking to the press,” the source added.

Lee’s film is based on Canadian author Yann Martel’s novel of the same name. Set in Puducherry, the story is about a well-to-do zoo keeper’s son, Piscine Molitor Patel, known as Pi, who is inclined to religious texts and literature and curious to know about the world.

The political changes in India force Patel and his family to move to Canada where Pi finds himself adrift in a lifeboat with a zebra, an orangutan, a hyena, and a 450-pound Royal Bengal tiger named Richard Parker. The rest of the story chronicles Pi’s 227-day voyage across the Pacific and the powerful story of faith and survival.

The book covers almost all major locations in the union territory like the Botanical Garden, Mosque, Church, India Coffee House and Beach Road, among others.

“The shooting (for the movie) begins sometime next year, probably in January or February,” said the source.

After Puducherry, Lee is supposed to head to Taiwan and Thailand for location hunting.

“Even before the novel won the Booker prize, we were trying to use it as a marketing tool for Puducherry as half of the book is set here. We were also hoping Shyamalan will make a film on the book as he hails from here. But it came as a surprise to us that it’s being done by someone else (Lee) now,” said the source.