Joe Jonas and Demi Lovato spotted at the Cheesecake Factory 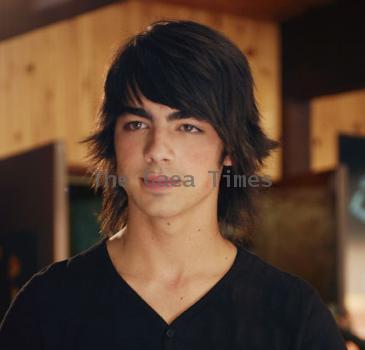 May 5, 2010 (Sampurn Wire): Musician and actor Joe Jonas and girlfriend Demi Lovato were spotted dining at the Cheesecake Factory at The Grove in West Hollywood. The couple was seen splitting appetizers before moving to main course.

Jonas tweeted his approval of the restaurant, writing to fans that he loves the Cheesecake Factory. Apparently, Miley Cyrus also stopped into the eatery very same night after attending a Make-a-Wish function at the outdoor shopping center.

Jonas shares the lead singer role with his younger brother Nick of the Jonas Brothers, a pop-rock band made up of him and his two brothers, Nick and Kevin. He currently stars as Joseph Lucas in the Disney Channel original series Jonas. He recently confirmed that he is dating Demi Lovato, his co-star in Camp Rock and Camp Rock 2

Jonas has earlier dated AJ Michalka of pop-duo 78violet and was in high profile relationship with country pop singer Taylor Swift. After their breakup, Swift revealed that the heartbreak song ‘Forever and Always’ on her album Fearless, recorded in late September/early October 2008, was inspired by Jonas.