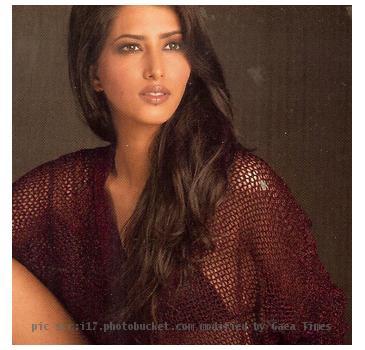 The Pantaloons Femina Miss India World 2010 event sizzled with the presence of many eminent celebrities including major Bollywood stars who were present at the event to witness Manasvi Mamgai winning the beauty pageant. Manasvi Mamgai will be representing her country India at the world beauty contest which is scheduled to be held on later phase this year. All total there were 18 contestants who made to the final rounds of Femina Miss India World 2010. The judges of the competition included Bollywood celebrities like finalists were judged by personalities like Bollywood actress Shilpa Shetty, tennis star Sania Mirza, author Chetan Bhagat, fashion designer Ritu Beri along with actor Kunal Kapoor and movie director Anurag Basu.

Manasvi Mamgai sizzled all the way to snatch the crowning glory of the beauty pageant as movie stars like Salman Khan, Neha Dhupia, Shahid Kapoor, Vivek Oberoi and Lara Dutta made special appearances on the ramp. Along with Manasvi Mamgai all the other contestants of the beauty pageant endorsed the designs crafted by the designers Anita Dongre and Ritu Kumar. Manasvi Mamgai the winner of the Femina Miss India World 2010 will be representing India at the World Beauty Pageant for which the franchise has been handed over to Tantra Entertainment which happens to be the production company of Sushmita Sen.