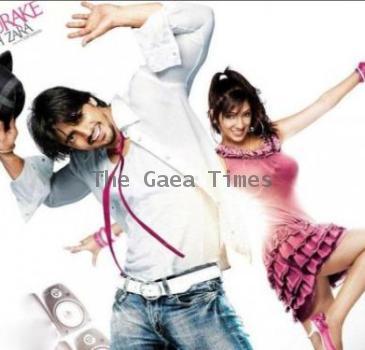 Muskurake Dekh Zara narrates the story of Vivek (Gashmeer Mahajani) who has an ‘upright’ attitude, and ability to put people in their place and add lightness into moody and mundane situations not only when he interacts with his life’s love Preeti (Twinkle Patel) but also when he encounters and jests with the simple, funny and harmless folks - like the eccentric live in DLT (Duniya Lal Tripati), the ‘badnaseeb’ hotel manager Khaatkar , the curious curio shop owner Elton, the heroine’s eternally inebriated Chaacha who feels that one’s ’spirit’ can be derived only from downing spirits. An incident of embarrassment drives Vivek from his hometown to Mumbai where he falls in love with Preeti. His leadership qualities and unusual understanding of situations makes his friends look up to him. It is his wonderful ability to reason that wins him the love of Preeti and finally put the villain Prakash Raj at bay.

Comprising of an almost all newcomers star cast and helmed by a first timer director, Muskurake Dekh Zara ends up being an half baked attempt. Despite coming from an accomplished writer like Anurag Kashyap, the film is simply below average. Perhaps the more fault lies in the director than the script writer. For a youthful film with no known faces, its always the music that can do the magic but even that is a let down here.

Gashmeer is strictly average whereas Twinkle is just about passable. Atul Parchure manages to bring in a few laughs and so does Tiku Talsania. Hiten Paintal is alright.

Muskurake Dekh Zara doesn’t bring any smiles for you from any department of the film so its best left avoided!!