Its Olay calling for Kathrina and Adah Sharma. 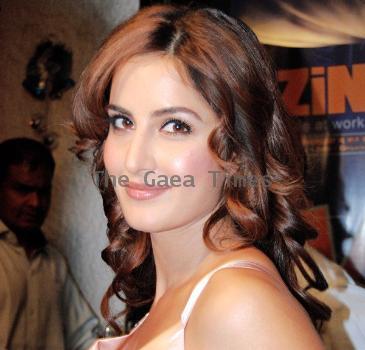 April 12, 2010 (Sampurn Wire): The latest buzz that Katrina and Adah Sharma both will be seen in a beauty promotional advertisement is making rounds in the industry. This ad will be showcased internationally. Though the shoot is over but it will take almost three months for the ad to hit the air.

“Adah Sharma and Katrina Kaif represent the young lot in the ad. They are enacting in the promotional ad for Olay beauty and skin care cream. The sequence in which the two share the screen space in a sequence wherein Katrina advices Adah as to how she can use this particular cream and keep her skin fresh, youthful and also maintain the shine.” adds the source.

Our mole goes on to add,” Both Kats and Adah have just returned back from a short shooting stint at the Bangkok plush locales. Also, Kajol and Sushmita Sen are representing the older section promoting the wrinkle free cream. Both Kajol and Sush too were present at Bangkok.”

We tried to confirm the buzz from Adah who says,” I am not allowed to speak anything right now. Yes! I’ve signed a one year contract with Olay products.”