Gowtham says no to Thala for his next 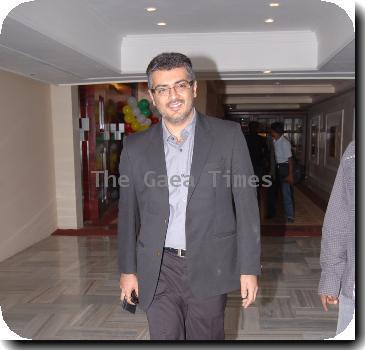 March 9, 2010 (Sampurn Wire): With lots of big tickets – Manirathnam’s ‘Raavana’ and Rajnikanth-Aishwarya Rai starrer ‘Endhiran’ lining up for release within the next few months, the entire town is curiously looking out for the project that brings Gowtham and Ajith Kumar together. Not merely for the fact that it’s Ajith Kumar’s 50th film, but also because it is the coming together of these titans that has made the headlines.

The film is produced by Dayanidhi Azhagiri under the banner of Cloud Nine productions and has academy award winner A.R. Rahman scoring music. Although, the film is likely to take off from November, Gowtham and Ajith have already started preparing themselves with lots of involvements. Yeah! Ajith has started working out to shed 20 kgs, while Gowtham is set to become a globetrotter finalizing locations across London and its surrounding locales.

The recent buzz making the rounds on air is that Gowtham Menon has strictly insisted to Ajith Kumar that there would be no such self-aggrandizing terms of ‘Thala’ in this film. Gowtham is well known for making films that lets his actors to completely move out of their preexisting images as mass hero. Say for instance, his most-loved actor Silambarasan, who had turned the audiences tedious with his loud punch dialogues and larger-than-life portrayals in previous films.