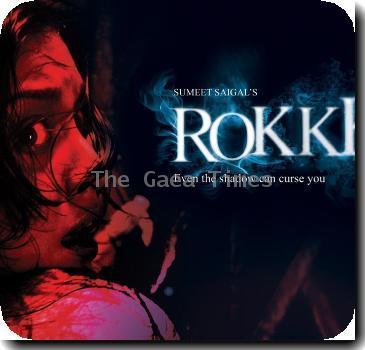 Anushka (Tanushree Dutta) is charged with the murder of her husband, Ravi (Sachin Khedekar), and sister-in-law, Nishita (Preeti). Anushka is sent to a mental asylum but the fact is that she is possessed by the spirit of the dead girl, which resides in the new bungalow into which she, her husband and sister-in-law had moved on their first wedding anniversary. Her husband had there- after given in to her plea to leave the haunted house as she was being hounded by a ghost there. But the ghost did not leave Anushka even in their old bungalow to which they had shifted. Ahana (Udita Goswami), the younger sister of Anushka, comes to Goa from Delhi to be by her sister’s side in her hour of need. She can’t locate her sister who has run away from the mental asylum. On probing, Ahana soon realises that it is a case of spirits and ghosts in which Anushka had got invol ved. Unable to trace her sister, Ahana sets out to solve the mystery in a bid to clear her sister’s name. She seeks the help of CBI officer Ran veer (Shaad Randhawa) and the two even meet a tantrik, Vishwat ma (Arif Zakaria), who knows the entire story about the haunted house.

Vishwatma reveals the past of the haunted house to Ahana and Ranveer. This leads Ahana to Yashoda (Ashwini Kalsekar) who further elaborates the story. What Ahana and Vish watma do thereafter is shown in the climax. Is Ahana able to trace Anushka and free her from the spirit? That is the suspense which is revealed in the latter part of the climax.

Rajesh Ranshinge’s story is routine and Haroon Rashid’s screenplay is confused and also one of convenience. The audience is not very clear about why Steve (Murali Sharma) wants the bungalow, about how Ravi had bought the bungalow, about why some people meet with instant death on encountering the spirit while others don’t die equally soon. Also, it seems weird that Ahana goes about trying to solve the mystery of the ghost rather than locating her lost sister, which should have been her first priority. The first half moves at a fairly good pace and involves the viewer but the pace drops after interval. Too much footage has been given to the tantrik, and his portions are often boring. The horror scenes are all very similar as a result of which the novelty factor dies down very fast. What are, however, good are the sound effects which create a chilly atmosphere at several places. That is to say, it is the sound which scares the audience more than the story and the scenes.

Udita Goswami does quite well. Tanushree Dutta is also fairly good. Shaad Randhawa needs to improve on his dialogue delivery and voice modulation. His mannerisms are vill ainish although he is actually an in­vestigating CBI officer. Arif Zakaria should’ve been far more effective. However, more than his acting (which is nice), it is his characterisation which is to be blamed for the lack of his effectiveness. Ashwini Kalse kar leaves an impact. Sachin Khedekar does an average job. Murali Sharma is okay. Nishigandha Wad makes her presence felt in a brief role. Preeti is okay. Baby Akshita has acted ably. Imran Hashmi, Tarikesh Singh, Raju Pandit, Neha Bam and the others lend ordinary support.

Director Rajesh Ranshinge has left several questions unanswered because of which the audience is un able to experience to the fullest the thrill of a chilling suspense drama. Music (Sunil Singh) is a letdown. Background score is effective more because it is loud rather than due to its quality. Joshy Anthony’s sound has the desired effect. Hanif Sheikh’s stunts and action scenes are okay. Camerawork (by Shakil Khan) is good. Art direction (Shree Kumar Nayar) is commonplace. Editing (Raju Kapadia) is not very sharp.

Rokkk is an ordinary fare which suffers on account of a confused screenplay. It will not be able to scare the audience enough to make the film’s distributors smile.