The making of a Bollywood King- Shahrukh Khan 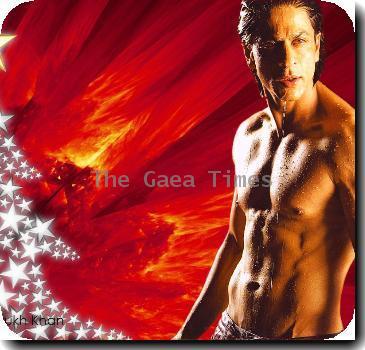 February 23, 2010 (Sampurn Wire): He came, he saw and he conquered the world, he is none other than our very own King Khan of Bollywood- Shahrukh Khan. The man certainly needs no introduction as his every move becomes breaking news. Besides his magnetic presence on screen, his personal life too has been equally appealing to his fans. Mr and Mrs Khan’s immortal love-story is the Rome Juliet of modern age, albeit with a happy ending. His love-filled real life is probably the secret of the eternal love stories that he creates on reel.

Deewana: Made us Deewana

After his tele-stints he happened to Bollywood with the film Deewana. His un-groomed personality with lanky body and weird hairdo though were uncool, but his unconventional acting charmed the audience. Barring the lumberjack dancing moves of Badshah Khan, the song Aisi Deewangi… sure struck a chord with the audience. Though the stardom was unforeseen the then promising actor with his circussomersaults was certainly ‘different’.

As Raju, Shahrukh became the most empathized actor on celluloid. He was no larger than life hero in the film who jumps off the cliff and brushes off 10-15 goons at once with his muscular arms. In fact he showed up as a very ordinary guy who is battling within himself to make choices in life. The youth of 90s could identify with Raju who becomes ‘Gentleman’ at the cost of love and relations. Dil hai mera Deewana showcased the innocent charms of a young boy with big ambitions. He gave a whole new meaning to the heroism in the Hindi cinema with this film, not to say a new disease Loveria too!

Romancing two heroines on the screen only to ruin them later… An impossible idea of anti-love clicked big time for SRK. The audience showered their love on him, that’s the magic of being Mr. Khan. Apparently audience loved Shahrukh above everything, so much so, that pushing innocent Shilpa from the building terrace was excusable as after all he was the prince charming on a white horse for Kajol, as she sways singing Baazigar.

Love him, or hate him, you just can’t ignore him, the acceptance of SRK as a bad-boy in the film Darr confirms the very fact. He became an obsession of Bollywood after his obsessed lover act in the film. His fond-style of addressing his lady love K…K…Kiran became a rage. Jaadu Teri Nazar became a cult classic with the innocent Juhi being led on by her silent admirer. Wishes are fulfilled in Tu Mere Samnewhich sees Shahrukh not believing his luck that he is actually with his love.

The magic of ‘Raj’ on celluloid is still running high. The love story of Raj and Simran is among the few immortal stories of Hindi cinema that will liven up the silver screen and several hearts for many decades to come. Raj- a directionless brat of Indian origin on foreign land, when comes to India following his love, imparts all the desi-morals so convincingly that not only several Simran’s, but also their mother across the globe fell in love with him. There are generations of Simrans awaiting Raj humming the romantic track ‘Tujhe Dekha Toh Yeh Jana Sanam…’ SRK with his naughty smile, strumming mandolin made many a heart say Ruk Ja O Dil.

Every time he loved his women, he loved them unconditionally but portrayed them differently onscreen. In Pardes he falls in love with Ganga’s simplicity at the very first sight but contained himself till the end. His love-filled eyes peeping through the arc of guitar conveyed his unspoken state so strongly that Ganga ultimately finds solace in his arm. His rage at not being able to express his love is eloquently expressed in Yeh Dil Deewana. Thus he etched out yet another definition to love – If you love her so dearly no matter where she is, she will come back to you.

In the song Chand tara….undeniably SRK was very much in his element. It looked like he is once again living the time when his dreams sounded hazy to others. He was all raring to go and catch the stars above, meant only for him. The madness he portrays makes it evident that he could go to any length to achieve his treasured dream. Whereas in Main Koi Aisa Geet he returns to his sweet lover boy image and woos a confused Juhi with his darling antics and brings the magic out of the hat!

The unbeatable groovy number Chhaiyya Chhaiyya rocked the music charts that very year. The song became popular for its unconventionality - SRK and Malaika Arora Khan danced full-throttle on the top of a moving train. Apart from SRK’s adventurous performance on this Sufi number, he also stupendously performed a formation dance with Manisha Koirala on Satrangi Re…his every expression conveyed that a selfless love is to get destroyed with her!

He won million hearts when he sheepishly lost the basketball match against Anjali or when he failed to realize his underlying love for her in the presence of the glazing beauty of sensuous Tina. We all experienced the strange ‘Kuch Kuch’ feeling watching Anjali and Rahul accidentally realizing their long buried feelings for each other while dancing under umbrella all drenched in rain. As Rahul, he distinctly re-defined friendship and love in the film.

King Khan in his late 30s pushed all his hair back, put the raj-tilak on his bare forehead and donned the attire of the brave emperor Asoka. The most reminiscing song sequence Chhuke Bole Chhunana Mujhe…a love making duet with the very young and lovely Kareena Kapoor exemplifies the most elegant period-romance in the history of Hindi cinema.

Kabhi Khushi Kabhi Ghum: All in the family

SRK played the elder son in the star studded family in the film K3G where the Shehanshan and the Badshah of Bollywood shared screen space as father and son. Besides the film being heavy duty emotional drama SRK-Kajol romantic pair did its share of magic. Their dream sequence in the song Sooraj Hua Madham… manifested the beauty of their onscreen togetherness once again.

Veer and his captivating poetry in the end of the film left us awed for the perspective that he gave towards love - for that we all have to rise far above the regional boundaries. In the court when he recites the poetry, his voice certainly conveyed the ignorance that one develops towards the material world when in love. Giving solace, Shahrukh convinces Preity Main Yahaan Hoon and makes her realize he is only for her in Tere Liye.

We have only looked down upon the extramarital relations, considering it scurrilous but watching SRK falling for a married woman in the song Mitwa looked very convincing. May be only because he is SRK! His open arm act in the middle of the stadium manifests the sheer incompleteness in his life without his ‘soul’ mate. Though the film faced flaks on moral grounds, but SRK’s unfolding dilemma in the film exposed several facets that were previously overlooked.

Who else could have matched the demure of Big B, in the remake version of the Amitabh Bachchan starrer cult classic ‘Don’! Matching the steps of Big B, Shahrukh effortlessly steeped into his shoes and song in Khaike Paan Banaraswala. Shahrukh Khan gave his panache to the stylish track Main Hoon Don and made bad boys look tasteful like never before, he gave a class to Bollywood mafia.

Only King Khan could have done this, rehashing a 70ish concept to multiplex audience was a Herculean task, but Shahrukh can! He made the audience of realistic-cinema believe in the tale of re-births. Audience who were scoffing at SRK’s retro-side, dropped jaws with the drop of his shirt, to all our surprise his ‘Dard-e-disco’ six-packs baring act was a killer rage. It made girls drool over his bare cuts and made men go green with envy. Ahem! A lot of Bollywood biggies reworked their fitness regime to match up to the king and his abs.

SRK played a recluse officer in the film but disguises himself to keep his high flier wife happy. Juggling between the geek and the hunk act he made the audience and finally his onscreen wife fall for him. His geeky look may not have appealed to his wife, but the audience Haule Haule fell in love with him, and found his dorky look ‘cute’! It was a delight for them to see him in a changed avatar - simple trouser and shirt with curt moustache. Whereas Dance Pe Chance was a faint revisit to the Rahul days of Kuch Kuch!