Parties, fashion, Haiti and Lady Gaga are the talk of the Grammy Awards red carpet 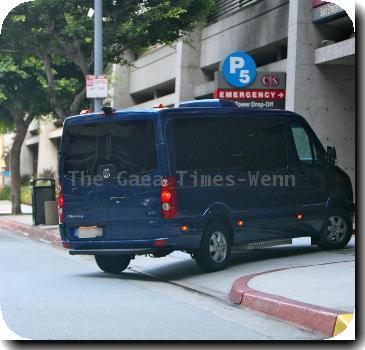 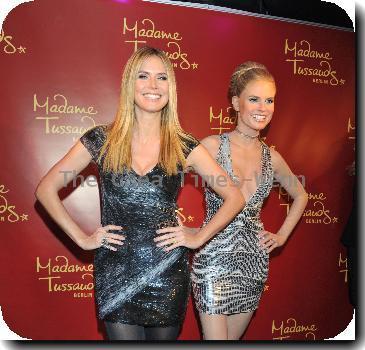 LOS ANGELES — The Grammy Awards give the music industry a reason to party like — well — like rock stars, and the party begins on the red carpet outside Staples Center.

It was there on Sunday that guests greeted their fellow musicians, talked about the weekend’s festivities and speculated about what Lady Gaga would wear this time.

GAGA’S GETUP: Keri Hilson, John Legend, Ringo Starr, Seal and numerous others spent a good part of their time on the red carpet guessing what envelope-pushing outfit Lady Gaga would arrive in.

Rappers Redfoo and Sky Blu of LMFAO predicted the avant-garde artist would wear “probably a fish tank, with live fish and a snorkel.”

Starr said “she may be all in blue, like ‘Avatar.’ Anyway, who knows. I want to be surprised.”

Alice Cooper’s guess? “I think she’ll be wearing a Lionel train set on her head tonight, with the full smoke and everything like that. I wouldn’t be surprised, and I’ll be disappointed if she isn’t.”

Seal said Gaga’s outfit was the “main topic of debate” on the carpet. His wife, “Project Runway” host Heidi Klum, was among those eager to see the pop star’s Grammy ensemble.

“I don’t personally know her music,” Klum said. “But I am definitely intrigued by all her outfits. They’re so out there and I do want to know what she’s wearing, to be honest.”

Gaga didn’t disappoint. She arrived in a shiny, silvery, three-dimensional number that was created in collaboration with Giorgio Armani, then changed into a green fairy-wing bodysuit with matching green sparkle booties to open the show.

iCOOLER THAN JAY-Z: Many questions remain about Apple’s iPad, but Stephen Colbert has some answers.

Like how to fit the 10-inch device into your pocket. His answer — sew a special pocket into your tuxedo jacket.

Colbert held up an iPad during his opening monologue at Sunday’s Grammy Awards, making him one of the few in the world who’s actually laid fingers on it. He didn’t spill many specifics, but did say he’s a fan.

“It’s fantastic,” Colbert said. “I held it for about five minutes before I went onstage. It was cool to play with. It’s incredibly responsive.”

Colbert played the device to great comedic effect, joking onstage that it made him cooler than fellow Grammy winner Jay-Z.

So how did Colbert get his hands on an item that won’t be released for a couple months? He said he got permission from Apple to use it after the product’s release was announced last week.

“There was a guy backstage who literally said, ‘There are like three, not under lock-and-key, in the world. Here it is,’” Colbert recounted to reporters. He added that he gave it back after his opening monologue.

PINK IN THE SKY: Pink was the highest performer at this year’s Grammys, dangling from swaths of silk fabric from the Staples Center ceiling as she twirled and spun in an elegant, airy dance while singing “Glitter in the Air” during a show-stopping performance.

A gymnast for eight years, Pink said she has performed the daring, dangling routine 160 times during her most recent tour and wanted to show it off at the Grammys.

“I did the trapeze on the MTV awards and I wanted to do something a little more sophisticated,” she told reporters backstage.

She admitted she got a little turned around during the routine, as the lights above her created a kind of strobe effect. But she said all the twirling and spinning actually made her voice sound better.

“I would say that no one else has an excuse to lip-synch,” she said.

WE ARE THE WORLD: For some Grammy guests, the musical celebration won’t end with Sunday’s awards. Many said they are planning to participate in a new take on the charity song “We Are the World” at a star-studded recording session on Monday.

Quincy Jones announced last week that he planned to redo the 1985 hit to benefit earthquake recovery in Haiti.

Producer RedOne, who will also be working on the song, said being asked to participate is “the biggest honor a musician can ever do.”

“Having Quincy, our father of music … and Lionel Richie asking me to contribute and help, I said of course, because this is not about me,” he said. “It’s about Haiti.”

BIG EASY SPOTLIGHT: With a football team bound for the Super Bowl and some of its musicians taking home Grammys, the city of New Orleans and its fabled music scene is once again moving toward center stage.

Helping lead it there Sunday was trumpeter Irvin Mayfield Jr., who accepted the Grammy for best large jazz ensemble album on behalf of the New Orleans Jazz Orchestra.

“First, I’d like to thank the city of New Orleans for being too great of a city to be drowned,” Mayfield said during the non-televised portion of the awards show.

Later, speaking to reporters, Mayfield said it is important to him that his hometown isn’t forgotten.

“My father was a victim of drowning from Hurricane Katrina,” he said. “The question for New Orleans is making the things count so that all the victims will not have been sacrificed in vain.”

“I think that the Saints are the one team that’s been to the Super Bowl that probably has the most number of fans who don’t want to go to the Super Bowl,” Blanchard said. “They want to stay home and party in New Orleans.”

Just before the televised portion of the show began, executive producer Ken Erlich came on stage with Green Day to recognize the band for performing with U2 at New Orleans’ Superdome after Hurricane Katrina.

PARTY ON: Not everybody at the Grammys planned to party into the night. Some, like Alice Cooper, Richie Sambora and Ringo Starr planned to make it an early night.

Asked if he planned to party like a rock star, Cooper, 62, said, “Oh yeah. I’m going to have three or four Diet Cokes. I’m going to paint the town beige tonight.”

Starr, 69, expected to have a similarly low-key night.

Sambora brought his young daughter, Ava, and her friend to see him perform with Bon Jovi. But he said the Grammy party ends there.

“I’m taking the kids home to do homework, actually, after the show,” Sambora said. “So there’s my rock star moment.”