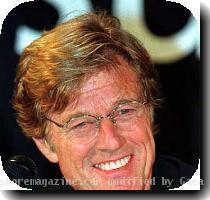 PARK CITY, Utah — A little movie called “Precious” seems ready to join the list of Sundance Film Festival hits that have gone on to compete for Hollywood’s biggest prize.

“Precious: Based on the Novel ‘Push’ By Sapphire” is expected to score a best-picture nomination for the Academy Awards next Tuesday, a year after the Harlem drama won the top dramatic honor at Sundance.

The film would join past Sundance premieres “In the Bedroom” and “Little Miss Sunshine,” which also went on to compete for the best-picture Oscar.

With Hollywood studios always searching for the next blockbuster franchise, they have become less inclined to finance serious films that wind up in the running during awards season. Filmmakers and actors interested in those kinds of stories turn to independent cinema, and the nation’s best showcase for such films is the festival, part of Robert Redford’s Sundance Institute.

“We are a bit of a weather vane for what might be coming. Some of the films that come to the festival, they succeed in the mainstream and then move on to the Oscar ceremony,” Redford said. “I’m happy about it, as long as we maintain who are and the way we do it.”

“Precious” also is likely to earn acting honors for Gabourey Sidibe and Mo’Nique. Another 2009 Sundance premiere, “An Education,” is considered a strong bet for an acting honor for Carey Mulligan and possibly a best-picture slot.

“Collectively, over the years, little films do rise up and become bigger films than they ever dreamt of being because of their entrance into the world here at Sundance,” said Melissa Leo, who earned a best-actress Oscar nomination last year for “Frozen River,” which won Sundance’s top dramatic prize in 2008.

“It’s a gift to the moviegoing audience that there’s a broader array to be seen,” said Leo, who was at Sundance this year with two films, the war-homecoming drama “The Dry Land” and the marital tale “Welcome to the Rileys.”

The global-warming documentary “An Inconvenient Truth” debuted at Sundance and went on to win an Oscar, while the fast-food critique “Super Size Me” earned a documentary nomination at the Oscars the year after it played Sundance.

“Precious” could compete at the Oscars with the blockbuster “Avatar” and the war hit “Inglourious Basterds.” Such awards attention helps broaden the audience for independent success stories that first came to light at Sundance.

“It’s actually how the audience starts to click into how they have other choices. That’s really why the Academy Awards is good for us,” said Sundance festival director John Cooper. “It trains the audience to think a little differently, because you know how everybody rushes out to see the nominated films? I’m glad they’ll rush out to see ‘Precious.’”