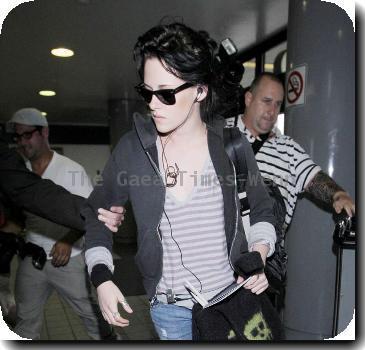 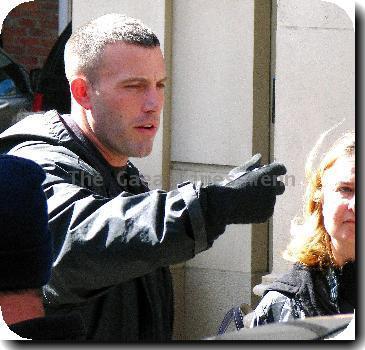 The nation’s premiere showcase for independent cinema, the festival opens Thursday, loaded with A-list actors from hit TV shows and big studio flicks branching out to low-budgeted films, whether on-screen, behind the camera or both.

Far from corporate Hollywood, Sundance remains a place where unknowns and veterans can premiere films side by side.

Among the nearly 200 feature and short films playing during the 11-day festival are directing debuts from Philip Seymour Hoffman with the romance “Jack Goes Boating,” in which he co-stars with Amy Ryan; Mark Ruffalo with the faith-healing drama “Sympathy for Delicious,” reuniting him with “You Can Count on Me” co-star Laura Linney; and “How I Met Your Mother” star Josh Radnor with the ensemble comedy “happythankyoumoreplease,” co-starring Malin Akerman.

“I don’t want to play the expert here, because I am a novice in this world of being a writer-director,” Radnor said. “But I had some talks with people who represent me, who said there’s still no better place for American independent film than Sundance. That it’s still an amazing place to debut a film after all these years.”

A timely story of corporate downsizing marks the big-screen directing debut of TV maestro John Wells (”ER,” ”The West Wing”), whose “The Company Men” is one of Sundance’s high-profile premieres.

“The Company Men” stars Ben Affleck, Tommy Lee Jones, Kevin Costner and Maria Bello in the tale of a family man whose picture-perfect life crashes down after he loses his job as a sales executive.

The story was inspired by a job loss in Wells’ own family, but he talked with many others in the same boat as unemployment soared during the recession. Rather than spinning a dreary drama, though, Wells aimed to capture the resilience that hard times can foster.

“It actually has, I think, a very uplifting message. It’s about these things we think are going to kill us, and they’re actually things that make you stronger somehow,” Wells said. “We imagine that our jobs define us, and the loss of a job is a death. I think at least for many, many of the people I’ve spoken to, that’s the fear, and the reality is something actually very different.”

Other TV veterans with films at Sundance include “The Sopranos” co-stars James Gandolfini and Edie Falco.

Reuniting with writer-director Eric Mendelsohn, who directed her in the 1999 Sundance entry “Judy Berlin,” Falco stars with Embeth Davidtz and Elias Koteas in “3 Backyards,” a drama that unfolds among suburban residents on a single day.

Falco said she hopes the Sundance exposure will help Mendelsohn land a theatrical deal for “3 Backyards,” the sort of gentle, personal story that blockbuster-minded studios overlook.

“In my fantasy, I would like it to have a larger theatrical release. In my fantasy, I want people to give him money to make more movies,” Falco said. “He’s been making movies on his retirement fund forever. It’s ridiculous that money gets thrown into stuff that has absolutely no interest to me, and people like Eric, who has interesting things to say that move people, literally can’t get a catering budget.”

Gandolfini, “Twilight” star Kristen Stewart and Melissa Leo are featured in “Welcome to the Rileys,” director Jake Scott’s drama about a grieving couple whose lives intersect with an underage prostitute.

Stewart also stars as Joan Jett in the Sundance premiere “The Runaways,” Floria Sigismondi’s chronicle of the rocker’s teen band. The film reunites Stewart with Dakota Fanning, who appeared in “The Twilight Saga: New Moon.”

Among Sundance documentaries is Reed Cowan’s “8: The Mormon Proposition,” premiering in Utah’s Mormon homefront and examining the church’s support of California’s ban on gay marriage.

Joseph Gordon-Levitt, who starred in last year’s Sundance hit “(500) Days of Summer,” returns to the festival with Spencer Susser’s drama “Hesher,” the story of a loner who crosses paths with a grieving teen.

Gordon-Levitt also is enlisting artists and festival-goers to participate in his production effort hitRECord.org, a multimedia initiative to create videos, films, music and other works.

Toward the end of the festival, Gordon-Levitt plans a screening to show off works that he and his Sundance collaborators mashed together.

“The thing about Sundance, I’ve noticed there’s so much creative energy there, but there’s not a lot of ways to channel that creativity, because everyone’s bringing their finished products. No one’s making stuff there,” Gordon-Levitt said.

“If you’re feeling creatively inspired and have an itch to contribute something, if you’re a writer, photographer, musician, a graphic artist or whatever, you can come in and we’ll put you to work, and you get some of those creative juices flowing.”