Koena Mitra on her Turkish boyfriend, leaves for Turkey to meet his family 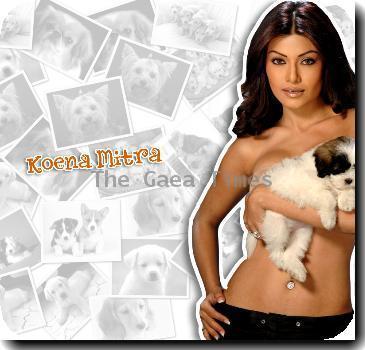 Koena Mitra’s catty colleagues may think her Turkish boyfriend is a figment of her imagination. But that’s only jealous talk. At her birthday party on Wednesday night Koena proudly introduced Mete Meral to all her friends.

The Turkish boyfriend Mete Meral (“Please get the spelling right,” she urges) is not just a pilot by profession but also part of a huge business empire.

From the looks of it the two are dead serious about one another and intend to tie the knot some time soon.

Koena isn’t averse to the idea of marriage, but she does sound a few notes of caution to herself. “I am sure I love Mete. But he is Turkish and I’m Bengali. We belong to completely different cultures and countries. Our families have to come to terms with such a cross-cultural alliance.”

In fact Koena flies to Turkey later this month on 18 January to meet Mete’s family.

“He’s the only son. And his parents are aware of me, though so far I’ve only spoken to them on MSN chat. I’m looking forward to meeting them. Mete is so far removed from my world. Though he was introduced to me by a mutual friend from Bollywood he’s very amused to see our Bollywood latka-jatkas and laughs every time I show him one of our movies.”

Has Koena showed her Turkish paramour her films? “The first one I showed him was Ek Khiladi Ek Haseena because that had a lot of hot love-making scenes between me and Fardeen Khan. I wanted to see his reaction. But he was cool about it. He doesn’t care about what I do or about my past. He loves me for what I am. This is the fourth relationship in my life and the only time I feel it’s for keeps. Yes, I’d like to settle down with Mete provided it all works out.”

Koena isn’t averse to a long-distance marriage. “In fact it works better for me. The last relationship I was in the guy was constantly with me either in my house or on the phone. It gets stifling. With Mete I enjoy the space and distance because they make me appreciate our time together even more. Whenever he comes down to Mumbai, like he did for my birthday, we enjoy each other’s company all the more.”