Clash of the beauty queens…at the box office 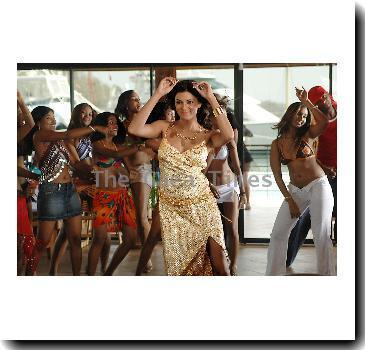 NEW DELHI - Four former Miss Indias - Sushmita Sen, Priyanka Chopra, Neha Dhupia and Celina Jaitely - are ranged against one another in a different contest to top the box office as each of their films hits the screens this month.

“It’s interesting to note how all our films are releasing in the same month. I’m delighted but I must say whatever be the outcome, I am very proud to be a part of ‘Raat Gayi Baat Gayi’,” said Neha, who had won the Miss India crown in 2002.

According to industry insiders and the market buzz, the only film to have garnered the maximum interest so far is “Pyaar Impossible” - a romantic comedy about a beauty and a geek from the Yash Raj Films stable. The Priyanka-Uday Chopra film releases next Friday.

The songs of the film are already among the chartbusters and youngsters are going ga-ga about Priyanka’s look in “Pyaar Impossible”.

Even Sushmita’s “Dulha Mil Gaya”, which also releases next Friday, is much awaited, specially due to superstar Shah Rukh Khan’s extended cameo in the movie. The film narrates the story of four individuals, each with a different take on relationships.

Apart from Sushmita, who won the Miss Universe title in 1994, the film features Fardeen Khan and newcomer Mohit Chaddha.

However,”Raat Gayi Baat Gayi” and “Accident On Hill Road” are not being received with much fanfare at the box office.

“Raat Gayi Baat Gayi” has been directed by Saurabh Shukla and features Rajat Kapoor, Vinay Pathak and Ranvir Shorey. It is about how a one-night stand with a mystery woman affects three marriages.

On the other hand, “Accident On Hill Road” is a thriller helmed by debutant director Mahesh Nair. It is apparently adapted from Hollywood flick “Stuck”.

So watch out for the bevy of beauties… coming to a theatre near you.