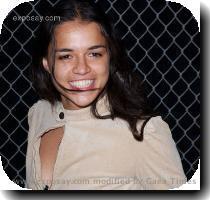 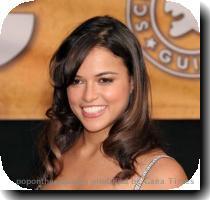 MICHELLE RODRIGUEZ left showbiz pal NICOLE RICHIE screaming in fear after leaping on the windshield of her car during a wild night out.

Rodriguez flew into a rage after Richie jumped the valet parking queue outside a Hollywood hotspot, and tried to take her frustration out on the socialite - before realising who she was attacking.

The Lost actress tells Maxim magazine, “I went through a rowdy period in my early 20s. Once I was at this club, and I just wanted to go home, but the valet was not getting my car. Then this chick cuts in front of me and starts driving away. I went nuts and jumped on her windshield, screaming. Then I see the terrified girl behind the wheel… It was Nicole Richie.”